Could Kylie Jenner, 22, and Travis Scott, 28, be hanging out as more than friends again? The former couple were spotted walking the floors of a Palm Springs casino together (SEEN HERE) on Nov. 29 where the “Goosebumps” emcee kept bumping into his baby mama as they made their way through the crowd during the busy holiday weekend. Kylie looked gorgeous in a skintight black sweater, jeans, boots and a chic jacket while Travis cut a handsome figure in his own version of a jacket/jean ensemble. Kylie wasn’t the only member of the KarJenner family there, as a fan spotted her older half-sister Khloe Kardashian, 35, chilling with one of her friends! The Good American founder showed her baby sis some love on Instagram earlier in the day by posting a couple of Stories related to her wildly successful cosmetics brand.

HollywoodLife told you first! An insider EXCLUSIVELY dished on the holiday plans between the reality superstar, rapper and their daughter Stormi Webster, 1, on Nov. 20, saying “Travis will spend time with Kylie and Stormi over the holidays and Kylie’s even agreed to travel to Houston with Stormi to spend some time with his family too.”

Things appear to be peachy keep between them almost two months after it was revealed that they split. “Kylie and Travis still enjoy spending time together, there isn’t any tension or awkward vibes so it makes things very easy,” the source said. They were together for two and a half years before going their separate ways. 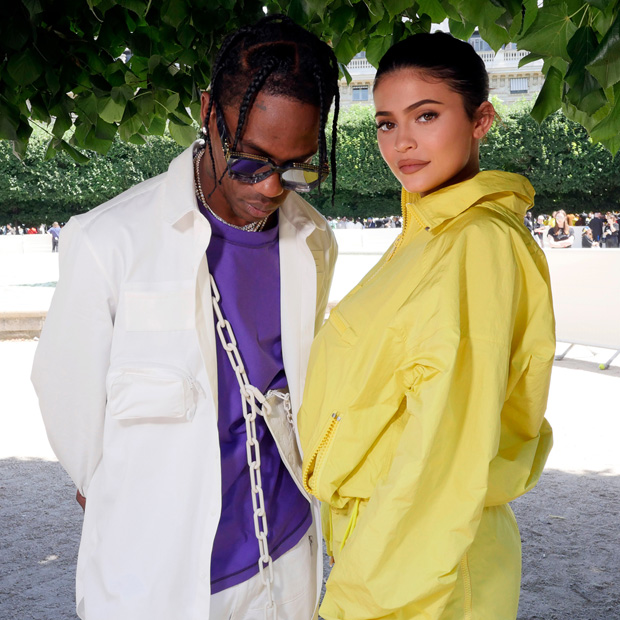 Kylie’s support for Travis is quite obvious. She was seen dancing the night away with Sofia Richie, 21, at Travis’ Astroworld Festival in Houston, Texas on Nov. 9. A fellow concertgoer caught the two ladies having the time of their lives while Kylie’s former beau rocked the stage.

Don’t forget about me! Their adorable daughter Stormi gave some serious twin vibes when Kylie posted a photo of her rocking braids similar to her daddy’s signature ‘do on Instagram on Nov. 17.