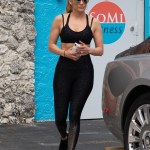 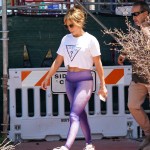 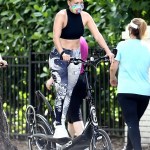 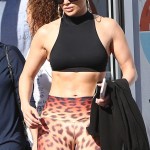 In a new interview, Liam Payne explained how he received the Hollywood equivalent of the Golden Ticket — Jennifer Lopez’s digits! It all started with a visit to the pop sensation’s house.

You know you’ve made it when you have Jennifer Lopez’s number in your contacts list. Liam Payne, 26, earned that privilege during a visit to JLo’s abode, which he recalled while appearing on  Capital Breakfast with Roman Kemp on Sept. 17. “I was songwriting quite a lot, and producing different things. I had a roster of about 40 songs that just sat there. And someone introduced me to someone that knew J-Lo,” the former One Direction member, who’s now in the midst of his solo music career, explained. That mutual connection scored him an invite to the Hustlers star’s home!

“It was the most gorgeous house I’ve ever seen,” Liam gushed on the radio show. “She met us at the door and then we just sat in this little studio she had in the back and I played her a bunch of different songs.” Lucky for Liam, JLo took a liking to one of his tracks. “She started dancing and I just sat in the chair like, ‘What the hell is wrong with my life?'” Liam recalled. And then, the magic moment happened: “When I was leaving, she was like, ‘Oh take my number.'”

Like anyone, Liam didn’t know what to do with himself. “I was kind of a bit lost in the whole situation,” Liam admitted. “I was just like what is going on in my life right now?” He could function enough to save JLo’s digits under “Jenny From The Block” — but that name may no longer have the contact! Sadly, after all that, Liam revealed that he broke his phone and is therefore unsure if the phone number got wiped out. Anyways, he never ended up giving JLo a ring.

Don't be fooled by the numbers that @LiamPayne's got,
He's still, he's still got @JLo's number on block. 📱 pic.twitter.com/m18tRyEh5F

Don’t read into JLo’s generous offer of her phone number, because both she and Liam are in happy relationships! Alex Rodriguez, 44, proposed to the pop sensation in March 2019, while Liam is in a new relationship with model Maya Henry, 19. Following Liam’s split from singer Cheryl, 36, with whom he shares son Bear, 2, the 1-D singer revealed that he and Maya are “fairly happy at the moment” on Wednesday’s radio show. Adding to that happiness is a new single on his discography — Liam dropped his collab with A Boogie wit da Hoodie, “Stack It Up,” on Sept. 17!