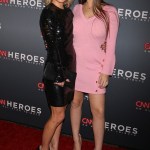 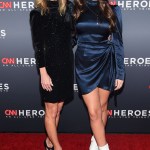 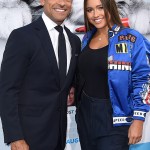 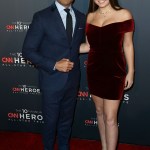 Kelly Ripa and her husband, Mark Consuelos, didn’t approve of this last-minute change to their daughter Lola’s prom dress! The talk show host joked about how the alteration slipped past them on the premiere of the ‘Jerry O’ show.

Who could forget changing into a different outfit after leaving your parents’ sight as a teenager? Well, Kelly Ripa and Mark Consuelos’ daughter Lola, 18, did something similar by requesting a change in her prom dress, unbeknownst to her parents! A photo of Lola’s custom trumpet gown made of emerald satin, cut with a high-slit and designed by Raza Wijdan, flashed on-screen during the premiere of the Jerry O show that aired on Aug. 12. Kelly had her arm wrapped around Lola in the cute photo, but the 48-year-old mom had a hilarious story behind the sentimental photo.

“That’s the prom dress that we had made and she had altered behind our back,” Kelly revealed to the host, Jerry O’Connell. It appears the low neckline wasn’t Kelly’s idea, as she joked, “So that’s why, you know, the girls are fully on display. Everybody came down the stairs together. And I just mean Lola.” Ah, classic mom humor!

Kelly didn’t give Lola too hard of a time. “She’s a smart girl. She’s a nice girl,” the talk show host gushed after the prom story. That’s correct, because Kelly’s mini me will be joining the class of 2023 at NYU’s Tisch School of the Arts’ Clive Davis Institute of Recorded Music! Lola graduated from high school on June 13, a day that Kelly and Mark spent happily documenting as proud parents.

It only took 20 hours, but we finally got two approved prom photos. #prom 2019 💚💚 love you @tar3kfahmy and @theyoungestyung

This isn’t the first time Kelly has embarrassed her daughter on air. While speaking on the June 17 episode of Live! With Kelly and Ryan, Kelly revealed Lola’s disgusted reaction upon accidentally witnessing her parents doing what the birds and bees talk is all about — on her birthday, nonetheless. Although Kelly loves to poke fun at her daughter (as any loving mom does), she gushed about Lola in an Instagram shout-out on Aug. 3!