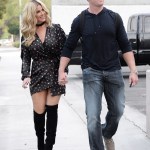 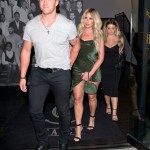 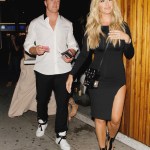 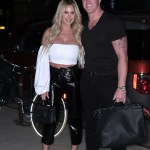 Things are getting steamy at the beach for Kim Zolciak and Kroy Biermann — and she posted the photos on Instagram to prove it!

Kim Zolciak and Kroy Biermann are more in love than ever after nearly eight years of marriage! The Don’t Be Tardy star took to Instagram on July 31 to share new pics of herself and Kroy, and they’re pretty hot and heavy. The photos are taken on the beach, with Kim wearing a teeny tiny black bikini and Kroy rockin’ an even smaller Speedo. In the first pic, they have their arms wrapped around each other while striking goofy poses in the ocean and wearing snorkeling gear. The second photo shows them intensely making out while submerged in the clear blue ocean.

“Findin dollars and [tongue emoji],” Kim captioned the pics. “You juicy thing @KroyBiermann.” Oh, and she also pointed out that her daughter, Ariana Biermann, 17, took the photo and added, “I know you wanted to barf [wink emoji].” Ariana and Brielle Biermann, 22, are Kim’s daughters from previous relationships, but Kroy officially adopted them in 2013 and they eventually took his last name. Meanwhile, Kim and Kroy have four kids of their own: KJ, 8, Kash, 6, and twins Kaia and Kane, 5.

Kim and Kroy are not shy about showing off their love, and it’s been that way since the very beginning of their relationship. In fact, their first meeting in 2010 was documented on season three of The Real Housewives of Atlanta! The lovebirds met at a charity event in Atlanta, where Kim lived and Kroy was playing football for the Falcons, and the rest is history.

The pair’s family now documents their lives on Bravo’s Don’t Be Tardy, which premiered in 2012 and recently wrapped its seventh season.