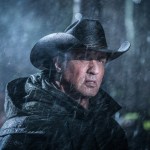 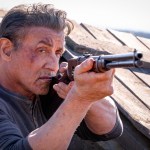 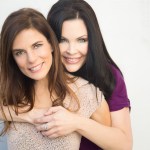 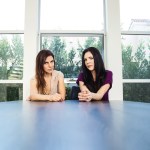 Rambo: Last Blood, Texas Chainsaw 3D, The Hitman’s Bodyguard and Hellboy. These aren’t exactly chick flicks, but they have all been or are expected to be huge box office hits and, and it’s big box office hits that the female duo behind Campbell- Grobman Films are interested in producing.

Lati Grobman and Christa Campbell proudly tell HollywoodLife — “We don’t speak the best or dress the best, but we don’t lose many,” in an EXCLUSIVE interview. The two who made their first splash as a producing team when they bought the rights for Texas Chainsaw 3D, also pride themselves on having come up through the film business, not by attending a prestigious film school or by ‘going to Harvard,’ but through the school of hard knocks.

Lati, was born in Moscow, but moved with her parents to Israel when she was three months old. After acting as a teen in Israel and serving in the Israel army for two years, she moved to the US. Acting school led to a short stint of film school, but where she really learned her trade was worked as a crew member on several films as a camera assistant, electrician, set dresser and more. “We’re from a rougher background,” Lati tells HollywoodLife.

Christa meanwhile, was from Northern California and started her career as an actress starring in low budget films. It was actually at an audition, that she heard about the Texas Chainsaw 3D film rights being available for sale. She immediately called her friend Lati — the pair had met through the entertainment business — to excitedly tell her that “we have to get them.”

The pair was successful in their mission and their production company was born. Along with Rambo: Last Blood, expected in theaters this September, they also have a sequel to their successful, The Hitman’s Bodyguard film, coming out in 2020 — The Hitman’s Wife’s Bodyguard, starring Morgan Freeman, Ryan Reynolds, Samuel L. Jackson and Salma Hayek.

Today, they are best friends as well as business partners, looking for scripts, finding directors, casting actors including the biggest names, and raising funding. “Once you have all that, then you can hire the rest of the crew and talent. Put together the army,” Christa says matter of factly. Their work starts with a great script and then a commitment from a director who will attract actors, they explain. The pair brush off the idea that being women could be a barrier in the filmmaking business, though they fully appreciate the #MeToo movement. “Most women accepted the way it was and no one thought it would change. We have strong personalities and we never felt like being women held us back,” Lati says. But she admits that “being mistreated has happened to all of us,” but “we swallowed our pride and kept going.”

Lati actually got her first producing job by closing a deal with Harvey Weinstein in Cannes. Luckily she never experienced anything with him, and he agreed to do the deal. “I was very Israel — this militant crazy Israeli girl. He was probably scared of me.”

Today, the pair are all about the work and they have become super pros about getting films made. Bulgaria is their favorite place to shoot — ‘There’s a studio there that’s like a village that has everything you need.’ Although their new releases are packed full of action, “They have a heart, a story. They aren’t just about more and more action,” says Christa. “These films tell a story or create an emotional connection with the audience.” Their Rambo star, Sylvester Stallone is a pleasure to work with, they say. “We’ve always had great experiences with big stars. they’ve made it, they have nothing to prove so they’re more relaxed,” points out Christa.

Christa is the partner now who can go on set to oversee the production. That’s because Lati is the single mother of five young children — a set of triplets and a set of twins — four boys and a daughter. And Christa is like a second mom to the kids. “My kids love her,” says Lati.

How does Lati manage to juggle her partnership in a major production company and five children? “I do have help at home, but I work until the second I go to sleep. I’m doing something I love, I’ve never taken a vacation. It’s not in my vocabulary and I don’t understand what a vacation is. Why would I go and sit on the beach? I have no time for anything. I don’t dress fancy, I don’t have time to be dolled up,” she explains.

As for advice that the pair have for young women who want to break into the business side of the entertainment business, they recommend trying to land a junior job at a talent agency — even working in the mailroom or being an assistant to an agent. If they read a book that they think would make a fantastic movie — see if they can purchase the film rights to the book — it may not cost much. Of if they want to become filmmakers — shoot a film on their iPhones — it can be your calling card.

In any case, if you want a career like Christa or Lati’s, “you can’t stay at home and dream — you have to start!”