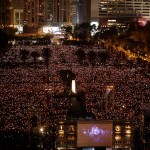 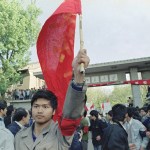 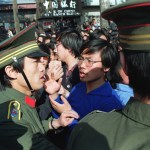 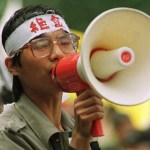 When Trudie Styler decided to produce the documentary, “Moving the Mountain,’ about the Tiananmen Square massacre eyewitness reports and videos.

June 4th marked the 30th anniversary of The Tiananmen Square Massacre in Beijing, China, and it’s always a solemn and sad day of remembrance for the film producer and director Trudie Styler. That’s because Styler, produced the 1994 award winning documentary, Moving the Mountain, about the courageous Chinese students and student leaders, many of whom died trying to bring democracy to communist China in 1989.

Six of the uprisings’ student leaders who were able to escape the country were interviewed and featured in the documentary but up to 10,000 other students, supporters and bystanders were killed by the Chinese army late on the day of June 4th, as the government crushed the protests.

“I have never allowed Tiananmen Square to go away from me,” Styler told Hollywoodlife.com in an EXCLUSIVE interview. “I make it a point of pride and honor to remember the fallen young people and older people, because we think there were around 10,000 people who lost their lives that night.”

The Chinese government has always downplayed the number of casualties as a result of its’ tanks and troops entering Beijing’s massive central square to ‘clear it out’ after seven weeks of student occupation. There has never been an ‘official’ death count but the Chinese government has only ever admitted to about 200 hundred casualties, however British diplomatic documents released in 2017, asserted that 10,000 were killed, many brutally — by being run over by the tanks and even bayoneted.

Since that time China has banned Tiananmen Massacre commemorations and has literally worked to erase all reports and memories of the pro- democracy uprising, from the history of China. That’s one of the reasons that Styler, who is married to the legendary musician, Sting, was motivated to produce ,Moving the Mountain, and why she was thrilled to have a re-showing of the film on the 30th anniversary at the Metrograph theatre in NY.

“On this 30th anniversary three decades later, I’m very happy to have seen so much written about (the uprising and massacre). So many people daring to come forward now to say, yes we saw the carnage for ourselves,” says Styler. “The denying of the young lives snuffed out… it’s time we revisited and asked the Chinese government to really give a full accounting.”

One of Styler’s other traditions on June 4th every year is to send flowers to LiLu, one of the courageous and idealistic young leaders of the student protests, who is a central character in Moving the Mountain, as he recounts all that he knows about happened during those hopeful weeks before the massacre. “Those young people who went to Tiananmen Square with spring in their hearts. This was the Chinese spring that they wanted,” Styler explains to HollywoodLife. “They didn’t wan a revolution. They wanted reform and they wanted discussion and debate and to be able to go to their people’s government and to say that we would like to change things. They went peacefully. All their protests were peacefully done… It was the most well organized and peaceful sit-in that has ever been recorded and yet they were mowed down, unarmed kids, by the thousands. Some of them were sleeping in their tents and had no chance to escape. The army even shot into people’s balconies, at bystanders, just for witnessing.”

Some leaders of the protests were killed, many were hunted down, rounded up and imprisoned for years, some were ‘disappeared’ and a few like LiLu and the others interviewed in the documentary, were helped to escape to the west.

In the film, directed by Michael Apted, the young leaders’ memories and psychic wounds are still fresh, five years after the violent end of their dream. They are studying and working in the US and England but admit to feeling like outsiders. They are still hopeful that the pro-democracy movement that they started in China, will still take root and grow. Sadly, that didn’t happen. The Chinese government was successful in repressing all student dissent and erasing it’s memory, from the generations that came afterward.

While Styler is in touch with LiLu, she says that she isn’t in contact with the five other leaders featured in the film. “We have a sense of where they are. I don’t think that they want to engage of the process of revisiting Tiananmen Square. It gets too… painful for them.”

And who can blame them — living with the knowledge that so many hopeful young people died in the quest for a more open, democratic China, that still hasn’t happened. The students had erected a “Goddess of Democracy’ statue — their own ‘statue of Liberty’ in Tiananmen Square during the protests, and the video of it being razed to the ground by the army, in the film, powerfully encapsulates how the protests were ruthlessly crushed by China’s rulers.

Styler herself has been banned by the Chinese government from visiting the country, since producing the film, she relates.

She also shares that when she sends flowers to LiLu on the massacre’s anniversary each year, she also includes a quote from a poem, called, ‘For the Fallen, by poet Laurence Binyon. “They shall grow not old, as we that are left grow old… we will remember them.”

But before we end our conversations about Moving the Mountain, she points out that when the Chinese student leaders fled to the United States in 1989, they were allowed in. “If this crackdown was happening today and this same group of people tried to escape and come here, the borders would be closed to them.” Something else that is sad, but true.

You can see Moving the Mountain by downloading it from Amazon.