In Freak Show, a sensitive, funny and flamboyant high school student Billy Bloom (Alex Lawther), is forced to leave his home in Darien, Connecticut and move to a “red state.” Billy had been happily living with his beloved divorced mother, Muv (Bette Midler) until he is unexpectedly sent off to live with his wealthy but emotionally remote dad. It’s a subject that is close to the heart of Trudie Styler, 64, who co-produced as well as directed the engrossing film. The beautiful, elegant Trudie, who also happens to have been married to singer/musician Sting for over 15 years, was bullied as a child, because she looked different. She was hit by a car when she was 2 and left with facial scars. Then some of Trudie & Sting’s four children, were also bullied because they were the offspring of a famous mom and dad. People can be devastatingly cruel.

That’s what Billy Bloom experiences in his new school and Freak Show follows his journey as he refuses to be beaten down, to give up his flamboyance, and fights back in the most inspiring way. Here, Trudie talks to Hollywoodlife.com exclusively and answers 5 Key Questions about Freak Show, her life as co-founder of the Rainforest Fund and as wife to one of the biggest rockstars in the world. Listen to the full interview on the HollywoodLife.com podcast, here!

HollywoodLife: Tell us about why you wanted to make Freak Show and what’s special about your central character, Billy Bloom?

Trudie Styler: It’s an anti bully, anti bullying movie for sure, but it’s also about the indomitable spirit of someone who says “No, you may not be abusive to me. No, you can disagree with who I am, but I do not accept your behavior. This is what I think would be better for this school.” And he calls on the school to create a new tradition of inclusivity, of tolerance and compassion. And, it’s really his meteoric rise within the school after he’s bullied and beaten. His way of fighting back isn’t that he literally fights back, because he couldn’t anyway. He’s very slight of build, and that’s not what he stands up for. So, he sets out in his bid to become Homecoming Queen, much to the annoyance and outrage of the entire school, including the headmaster, and especially including the awful, mean girl — Lynnette, masterfully played by the amazing Abigail Breslin.

HL: Do you think the #MeToo movement against sexual harassment is also helping in the fight for both gender equality and acceptance of LGBTQ and transgender rights?

TS: I think absolutely there’s an evolution, and a revolution taking place for gender equality, and we’re all standing up … to abusers, and against abusiveness in the work place and in the school place. I think the needle is moving, albeit slowly, and we do have some carnage behind us, because I think one of the reasons I was inspired to direct Freak Show, was when I started the project, I read about the untimely death of transgender student called Blake Brockington. Blake was transitioning from girl to boy, and in the state of Arkansas. He was a 17 year old, like our high schooler Billy, and Blake had made the transition, had become a boy, and the school was very supportive, his parents were very supportive. Blake then ran for Homecoming King, and became Homecoming King. CNN went down on the day that this was all happening, and interviewed Blake, and if you go online, you’ll see the interview . It was the happiest day of Blake’s life. He got the support of his school, his peers, his mom and dad, and life couldn’t be better. Cut to one year later, Blake kills himself because of the cyber bullying.

Related: Now, You Can Register To Vote On Hollywoodlife For The Midterms & It’s So Easy

HL: How do you think President Donald Trump, who has infamously cyber bullied, and bullied, so many people, has contributed to the increase in bullying since he began running for president?

TS: I have called President Trump, the ultimate troll. I sort of flinched as I said it, because actually I’m describing the President of the United States of America, as a troll. But, we’re seeing each day, there is a new low in this country with his maladroit tweetings, to his downright bullying tactics, to the unfairness, to the venom that he spits out, that … African countries? It’s a continent, you moron. Haiti, the country that has suffered and is rising up. Because we all believe in Haiti, those of us that have hearts, and compassion.As Anderson Cooper said so emotionally about Haiti, “This is the nation of really smart people, and people who have suffered, and absolutely deserve compassion and our support.”

HL: Do you think Oprah would make a good president? You know Oprah — you and Sting have been on her show.

TS: I think it’s just so wonderful to feel that somebody who has that depth of honesty could run for president. God knows, she’s somebody who has got where she is through her own courage, and her own sticking to what she believes in, fairness and justice. And, that she will say no to abuse, no to her detractors. She will, like a great lioness that she is, she’ll snarl and she’ll get things her way. Which is the true way, and the just way. Should she run for President? It’s entirely up to her. Will she have the support of the nation? It will be hard, but is she the woman to see it through? If she really wanted to do this, I’d say that she’s got a really big chance. I love Oprah. And I think because she has such a humongous media presence, she’s probably one of the few people in this country that could give Trump a run for his money.

HL: What’s the secret to your long and happy marriage with Sting? And, I hear you have a special name for him. What it is and how did you come up with it?

Trudie: We’re both incredibly busy people. That said, we’re also incredibly still devoted to each other and attracted to each other. We have this large family. Six kids in all. Sting has two kids from his first marriage, and six grandkids in all. We’ve just all been on a big Christmas holiday together, which was amazing, and just so funny. When I say the word funny, we have the ability to laugh at each other, and with each other all day long. We really, we have a very fun time. And  we each have our own projects. He’s going on the road again soon, so that keeps things interesting.

HL: And your nickname for Sting?

Trudie: I call him Pookie in the house… It just came out of my mouth one day. We were actually in the street, and he was walking ahead of me, which he always does ’cause he walks like half an hour in front of me when we’re on a walk together. He was making a left, and it wasn’t meant to be a left. I thought I’m not shouting at the top of my lungs, “Sting, wrong turn!” Out of my mouth came this word, “Pookie,” and he strangely looked around, and it just stuck.

HL Bonus Question: You have been an activist to preserve the Amazon rainforest and are co-founder of The Rainforest Fun — why is this so critical?

Trudie: I’ve been working on rainforest matters, and indigenous matters since the 80s. When you see the Amazon rainforest, and you go amongst its people, you … I think there’s an idealized view of, “Oh, it must be so beautiful just to see the rainforest,” and people think of cascading waterfalls, and indigenous people living in happiness with pristine waters. That they’re raising their kids on fruits of the rainforest. That is not the way it is. It’s actually a very powerful organism, and you feel its power, and it’s might, and it is sometimes incredibly inhospitable environment, and you just think that when you put that as a threat to it, it’s far bigger than us. It’s a hell of a lot of huge damage done by our extractive industries, some are extremely notable. Exxon, Chevron, who I’ve had personal dealings with when I go to the Ecuadorian rainforest, and I’ve seen first hand the devastation of the lands and the waters of the indigenous people’s homes. They drilled for oil in the ’60s, but what they said that they’d done, which is in contention, this class A lawsuit that has raged now for 24 years, is that they gave to the Ecuadorian government $40 million for a cleanup. I have visited many homes of indigenous leaders, and they say, “Come and see this.” And they point to enormous aqua piscinas because they’re the size of swimming pools, piscina is swimming pool in Spanish, and they’re filled with toxic residues of oil that haven’t been repaired since the late 60s. 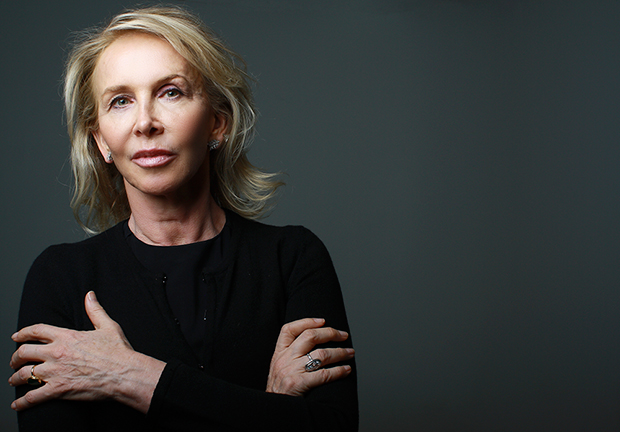 Now, get ready to see Trudie Styler’s Freak Show, and the wonderful performances of Alex Lawther, Abigail Breslin, Bette Midler, Larry Pine, AnnaSophia Robb as Billy’s friend Blah Blah Blah and Laverne Cox. HollywoodLifers, you can visit the Freak Show Facebook page for showtimes and listen to our HollywoodLife.com podcast for the full interview with Trudie Styler! Let me know what you think!