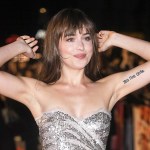 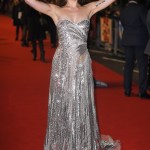 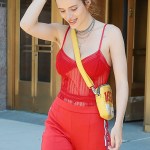 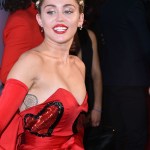 Halsey’s always played by her own rules, and the singer proved once again she’s her own woman by proudly showing off her hairy armpits on the new cover of ‘Rolling Stone.’

Halsey showed off what a sublime beauty she is by going nearly au natural on her very first Rolling Stone cover. Not only was she wearing next to no makeup, she didn’t shave her armpits. In the photo she has her arms raised so that her hands are behind her head and she’s got several days with of stubble going in her under arm area. It’s not like she full on grew out hair, but the fact that she would dare not go bare with her armpits on the cover has fans divided, with one even telling her “it’s disgusting.”

The 24-year-old singer shared the cover pic to her Instagram on June 20, where she got the honor of gracing “The Hot Issue,” and was called “Pop’s Queen of Chaos.” She’s seen in a low-cut white tank top and the brightness of it makes her armpit stubble all the more noticeable. “PLEASE NO,” one fan wrote in the comments while another asked “Why the armpit hair?” Yet another told her that “The hairy armpits are a bit much.”

However the haters ended up getting piled on by fans who were totally there for how bold a decision it was. “No photoshopped armpits!! hell yes,” one person wrote while another told Halsey they were “here for this armpit hair ⚡️.” Many of those giving Halsey props were women who understand how that’s what an armpit looks like after a few days of not shaving. “I don’t understand people making fuss about armpit hair when it is just stubble. This how NORMAL armpit look like,” one female fan noted.

“I love the armpit hair so much. Disappointed by the people in the comments telling her to shave or “letting her know” it’s there. She knows it’s there, her photographers do too. Conscious liberation xx,” yet another fan told Halsey of the styling team’s decision to let the armpit hair show. A user named Cassidy wrote “This is literally what it looks like after 2 days of not shaving the armpits for us ladies with dark body hair 😏 Some of y’all act like she has been growing it out for weeks.”

One user named Nawelle really let everyone have it, writing “Have you guys ever seen a woman ? Our armpits are not all smooth and it’s something normal! The funniest thing is that 90% of these comments are written by men who have absolutely nothing to say about what a woman should do to her body, the other 10% who are women makes me actually very sad, women should all be supporting each other and knowing that they can have hair and that is not something they should be ashamed of. periodt. Have a good day, educate yourself and spread love. :)”