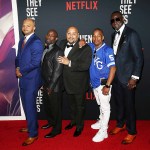 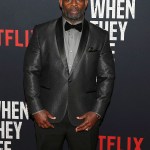 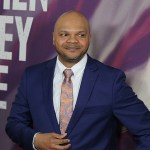 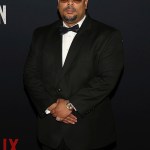 The story of the ‘Central Park Five’ — a group of black and brown teenagers wrongly convicted for the brutal rape a white woman — will be told in the Netflix mini-series, ‘When They See Us.’ Before it airs, here’s what you need to know.

Thirty years ago, a city of millions turned its hate on five teenage boys. The Central Park Five — Korey Wise, 46, Kevin Richardson, 44, Raymond Santana, 44, Antron McCray, 45, and Yusef Salaam, 45, — were accused of gang-raping a white jogger. They were vilified in the press, Donald Trump called for their execution, and they were convicted of a range of crimes in two separate trials. Yet — they didn’t do it. More than a decade after they were found guilty, the Central Park Five were exonerated of the crime.

Their story has become an example of injustices black and brown people experience in the legal system – four of the “Central Park Five” are African-American, while one is Latino — and it is the basis of When They See Us, the new Netflix mini-series by Ava DuVernay. Ahead of the show’s debut on May 31, here’s what you need to know about the case:

1. The Central Park Five were accused of assaulting and raping a white female jogger in 1989. On the night of April 19, 1989, Trisha Meili went for a jog in Central Park. Several hours later, the then-28-year-old investment banker was found in a ravine, according to AM New York. She been raped and brutally beaten, suffering a fractured skull among other life-threatening injuries. The attack was one of several that took place during Central Park that night, and a roaming group of 30+ youths, aged 13-17, were suspected of committing this atrocious crime. After the police conducted their investigation, they charged seven teens in connection with the crimes, five of which would go on to be called the “Central Park Five.”

The attack had left Trisa in a coma for 12 days. After she recovered and regained the ability to speak, she said she had no memory of the incident and was unable to identify who had attacked and raped her.

2. They were found guilty… While the Central Park Five initially confessed to participating in the Central Park Attacks, the teens and their lawyers insisted they were coerced into giving false statements during their interrogations that last hours. Despite the lack of physical evidence tying them to the crime scene and the inconsistencies within the confessions (their descriptions of the jogger and the injuries didn’t match the evidence, per Esquire), the teens were convicted of various charges in two separate trials in 1990.

Yusef, Raymond, and Antron were found guilty of rape, assault, robbery and riot in the attack, as well as two separate assaults on two male joggers. Kevin was convicted of attempted murder, rape, sodomy, assault and robbery, and Korey was convicted of sexual abuse and assault. They served between 6 and 13 years, and all had been released by the time the truth came out.

3. …but they didn’t do it. In June 2002, Matias Reyes claimed that he was the one who assaulted and raped Trisha Meili. The murderer and serial rapist was serving 33 years to life for other crimes when he confessed to the crime. His DNA matched genetic material found at the crime scene, and according to the New York Times, he “knew what he was talking about, and that the five boys had not.”

In December 2002, then-Manhattan District Attorney Robert Morgenthau recommended that all charges against the Central Park Five be thrown out. The convictions were vacated, a legal position as if no trial had taken place. Over a decade after they were found guilty, these five men were exonerated.

4. Donald Trump publicly demanded that they be executed. “At what point did we cross the line from the fine and noble pursuit of genuine civil liberties to the reckless and dangerous permissive atmosphere which allows criminals of every age to beat and rape a helpless woman and then laugh at her family’s anguish? And why do they laugh? They laugh because they know that soon, very soon, they will be returned to the streets to rape and maim and kill once again – and yet face no great personal risk to themselves,” Donald Trump wrote in a screed that ran in four of the city’s most popular papers on May 1, 1989. The now-infamous ad, which ran in The New York Times, New Tork Post, New York Daily News and New York Newsday, cost the then-real estate mogul $85,000, and it has been used as evidence of Trump’s long-standing racism.

This is the full-page advertisement Donald Trump took out calling for the execution of the Central Park Five.

They were later exonerated by DNA evidence, although President Trump maintains that they are guilty. pic.twitter.com/vspZemnW93

“I want to hate these muggers and murderers,” Donald said in the ad. “They should be forced to suffer and, when they kill, they should be executed for their crimes. They must serve as examples so that others will think long and hard before committing a crime or an act of violence…. unshackle [the police] from the constant chant of ‘police brutality’ … BRING BACK THE DEATH PENALTY AND BRING BACK OUR POLICE.”

“I knew that this famous person calling for us to die was very serious,” Yuself Salaam told The Guardian in 2016, adding that he didn’t know who Trump was at the time. He said that after the ad ran, the number of death threats his family received increased significantly following that ad. Trump’s ad has been credited with helping turn the city (and the nation) against the boys. As of 2019, Trump has yet to apologize or admit that he was wrong.

5. They sued the city afterward. Following their convictions’ being vacated, the Central Park Five sued the city of New York for malicious prosecution, racial discrimination, and emotional distress. The city, under then-Mayor Michael Bloomberg, refused to settle the case, but when Bil de Blasio took over, the city settled the case for $41 million in 2014.