Kelly Ripa had the best date ever to the CNN Heroes event on Dec. 9 — her 17-year-old daughter, Lola Consuelos! Even though Kelly’s hubby, Mark Consuelos, was also in attendance, the talk show host walked the red carpet with Lola and host Anderson Cooper, and the mom/daughter duo looked too cute for words. Lola has seriously grown up SO fast, and looked gorgeous in a green, long-sleeved, velvet dress that was perfect for the holiday season. Meanwhile, Kelly was stunning in a sequined gown.

Lola is Kelly and Mark’s middle child, and their only girl (they’re also parents to Michael, 21, and Joaquin, 15). Kelly also brought Lola to CNN Heroes in 2017, and fans could not get over how gorgeous and grown up the teenager looked. Even though the 17-year-old has very famous parents, she’s not totally ready to put her own entire life out there, and has kept her Instagram account private. It’s pretty rare to see Lola out and about like this, which is why there’s always such a buzz when she shows up with one of her parents so publicly!

While Lola is still finishing school and figuring out her career path, it looks like the oldest Consuelos sibling might be ready to follow in his parents footsteps — he recently appeared on Riverdale as a younger version of Mark’s character in a flashback episode! Michael looked EXACTLY like his father while in character…it was uncanny! 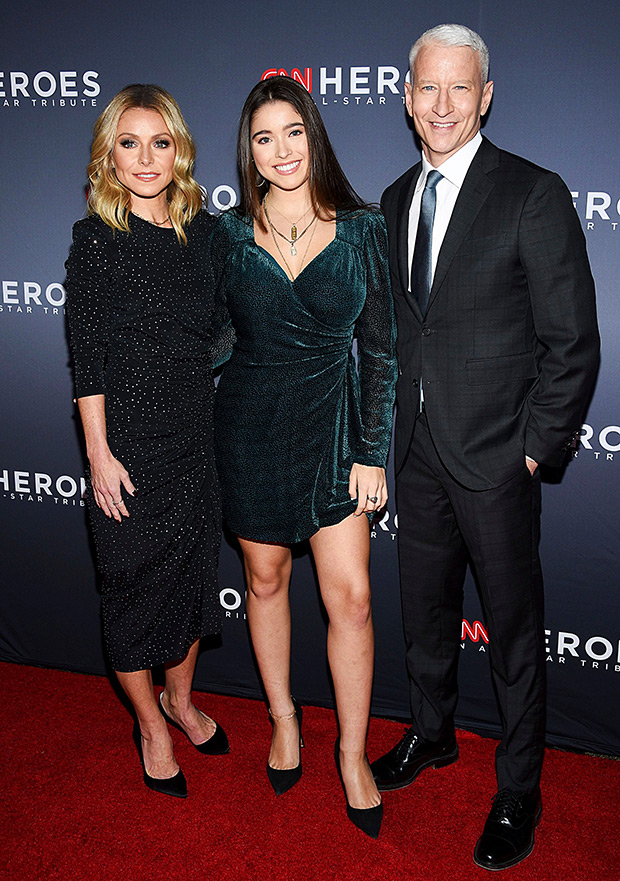 Riverdale was Michael’s first major television role, so we’ll have to see if it serves as a jumping off point for future gigs in the entertainment industry. For now, though, all three kids seem to have it pretty damn good!