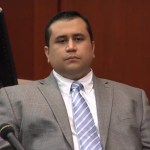 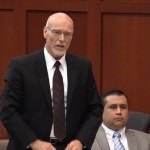 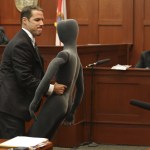 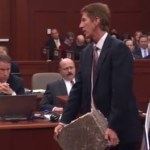 ‘Rest in Power: The Trayvon Martin Story’ premieres on Jul. 30 at 10/9c. Here’s everything you need to know about Martin’s tragic death & the case that partly inspired the Black Lives Matter movement.

Trayvon Martin was tragically killed at the hands of former Neighborhood Watch captain George Zimmerman, who was allegedly racially profiling him at the time for being suspicious. With a six-part documentary series, “Rest in Power: The Trayvon Martin Story”, produced by Jay-Z coming out tonight on 10 pm/9 pm central on Paramount Network/BET, here’s everything you need to know about the trial surrounding Martin’s shooting and death.

1. On Feb. 26, 2012, George Zimmerman followed Trayvon Martin and called in “a suspicious person” to authorities where he was instructed to stay in the car. He did not do so, and ended up shooting Trayvon, but Zimmerman claimed it was in self-defense. Zimmerman had head injuries that Sanford Police Department’s homicide detective Christopher Serino said were “marginally consistent with a life-threatening episode, as described by him, during which neither a deadly weapon nor deadly force were deployed by Trayvon Martin.”

2. Trayvon had been on the phone with his girlfriend at the time. The girl, who wished to remain anonymous, said someone asked Trayvon what he was doing, and Trayvon responded by asking why he was being followed. After that, the line went dead.

3. One of Zimmerman’s calls to dispatch is analyzed for using racially charged language, but the analysis is inconclusive. He subsequently sues NBCUniversal for allegedly editing a 911 call he made on that night. That case was later thrown out. Another 911 call made on that features a voice yelling “help, help” before a gunshot went off.

4. The eventual judge on the case (two judges had previously stepped down), Judge Nelson, rules that Zimmerman’s past marijuana use and fights cannot be brought up in court. She also refuses to let jurors go to the crime scene. While people frequently mistake Zimmerman’s defense as using the “stand your grand” law, Zimmerman’s lawyers waived the “stand your ground” immunity pretrial, and eventually argued that he shot Trayvon in self-defense.

5. An all-female jury finds George Zimmerman not guilty. Given the options of finding him guilty of second-degree murder, manslaughter, or not guilty of either, after 16 hours, the jury reached their verdict.

We’ll keep you posted on the details regarding Jay-Z’s new doc. In the meantime, check out pics from Martin’s trial above.