What’s the deal here?! Gavin Rossdale was photographed getting some gas in Studio City, California on Feb. 4, and there was no mistaking the bling on his left hand. Even though the singer’s divorce from Gwen Stefani was finalized in April 2016…he’s STILL sporting the wedding band she gave him when they tied the knot in 2002. The thick, silver ring is quite recognizable, and certainly sends a vibe that Gavin may not be over his breakup from Gwen in 2015. However, TMZ reports that he simply wears the ring for the sake of his kids…although Gwen has certainly had no problem going ring-free in front of the pair’s three sons.

Of course, Gwen has made no secret of the fact that she’s definitely moved on from her failed relationship with Gavin. She’s been dating Blake Shelton since the fall of 2015, and their romance is as hot and heavy as ever these days. They even jetted to Minnesota together for the Super Bowl this weekend, and Blake was seen bonding with Gwen and Gavin’s sons in videos and pics from the trip. If anything, we’re expecting Gwen to be rocking a ring from Blake soon! What are they waiting for!? Meanwhile, Gavin has moved on himself — he’s been linked to Sophia Thomalla, 27, since April 2017, and they were seen out and about together as recently as December.

No word on how Sophia feels about Gavin’s decision to continue and rock his ring from Gwen, but they definitely seemed to be going strong as a couple throughout the fall of 2017. Maybe it’s time to retire that wedding band once and for all, huh!? 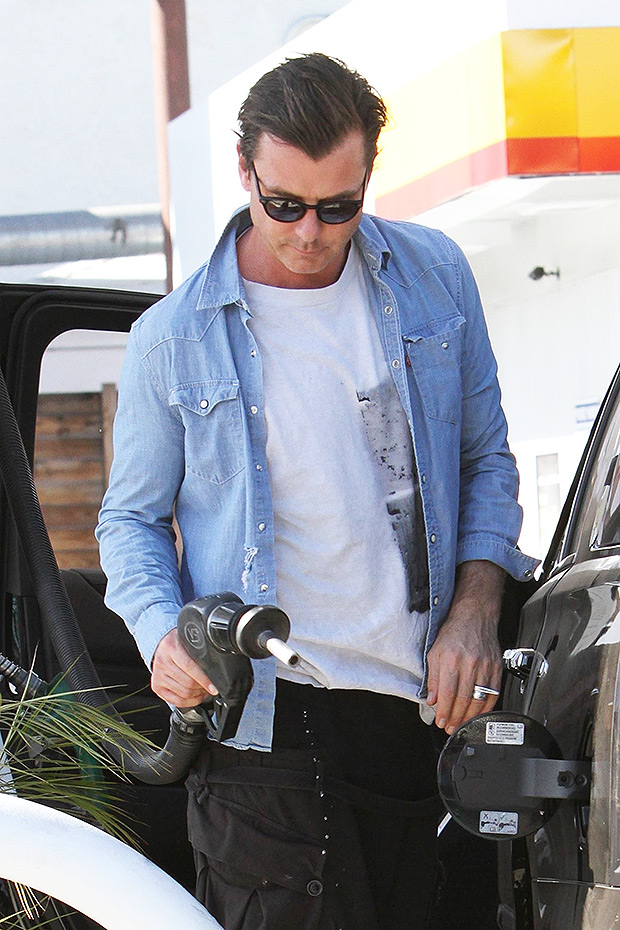 HollywoodLifers, do you think it’s weird that Gavin is still wearing his wedding ring?