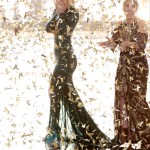 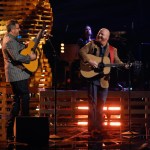 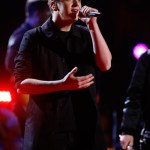 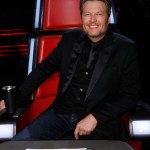 ‘The Voice’ finale will feature performances from various artists, including N.E.R.D. Not familiar with the group? Here’s everything you need to know!

1. Who is in N.E.R.D? The band N.E.R.D. is a funk rock group made up of Pharrell Williams (yes, a former coach on The Voice), Chad Hugo and Shae Haley. Pharrell and Chad met when they were just 12 years old, and then linked up with Shae in high school. The trio began making music together, and Pharrell and Chad got their own record deals in 1992. However, in 1999, they started N.E.R.D. as a side project, which is when Shae was brought into the mix. Pharell sings lead vocals, plays piano, keyboards, drums and percussion. Chad is on lead guitar, piano, keyboards, saxophone, bass guitar and backing vocals. And Shae plays drums, percussion and sings backing vocals.

2. What music have they released? N.E.R.D. has put out five studio albums over 15 years. Their most recent record, No One Really Ever Dies, dropped on Dec. 15, and was their first album in seven years. Their first album, In Search Of, came out in March 2002, followed by Fly or Die in 2004, Seeing Sounds in 2008 and Nothing in 2010. They are currently best known for their song “Lemon,” which features Rihanna. Fans were completely shocked when they made their comeback with the track in Nov. 2017 as a prerequisite to No One Really Ever Dies.

3. Who has N.E.R.D. toured with? Since the group’s evolution, they’ve had the opportunity to hit the road with well known artists like Kanye West, Linkin Park and the Gorillaz. They’ve also worked with Rihanna, Nelly Furtado and Daft Punk.

4. Why did they take such a long break? Before N.E.R.D’s comeback in 2017, fans were anxiously waiting new music for YEARS (seven, to be exact). In 2013, Pharrell teased that some new tunes would be coming, but at that point, his solo career had really taken off, and he simply didn’t have the time to commit to N.E.R.D.

5. What is N.E.R.D’s style? N.E.R.D. plays music that is a mix of rock, funk and hip hop, with an R&B and pop feel. While they have been praised by their creation of music, though, they are often criticized for their lyrics.

HollywoodLifers, are you a fan of N.E.R.D?! What were you most surprised to learn about the group!?