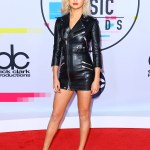 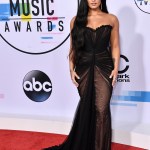 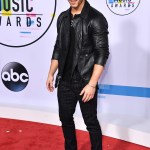 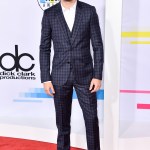 Believe the hype! The 2017 American Music Awards are finally kicking off Nov. 19, meaning your favorite A-list stars will be under one roof. Watch the biggest celebrities on the planet perform and take the stage via our live stream at 8 PM ET!

Razzle, dazzle! Get ready for a night full of excitement since the 2017 American Music Awards will air on ABC, live from the Microsoft Theater in Los Angeles on Nov. 19. There will be plenty of star power at the highly anticipated event, including host Tracee Ellis Ross, so fans are expecting the absolute most from their favorite celebs on the red carpet. This year’s A-list performers are off the chain, including big names like Selena Gomez, Christina Aguilera, Demi Lovato, Pink, Khalid and Niall Horan, so we can hardly wait to tune in! As expected, there will also be a slew of famous presenters handing out prizes. Don’t miss a second of the action by watching the live stream, below. See all of the highlights from the 2016 AMAs, here.

To watch the live stream, which starts at 8 PM ET, all you have to do is enter in your television or cable provider information! There’s certainly going to be some tough competition with so much talent under one roof. Bruno Mars leads the pack with eight nominations while major contenders like Kendrick Lamar, Ed Sheeran, Drake, The Chainsmokers and The Weeknd each earned five. We’re already anticipating plenty of unforgettable moments, especially since songstress Diana Ross will make a rare performance and be honored with the AMA for lifetime achievement. Christina will also take the stage for a Whitney Houston tribute song from The Bodyguard!

Fans are even more excited after finding out that Selena will perform her new single “Wolves.” Who’s going to walk away with the epic new title of Artist Of The Year? You’ll have to tune in to find out! Ciara announced the first 6 categories on Good Morning America. As for the rest, “American Music Awards nominees are based on key fan interactions as reflected in Billboard Magazine and on Billboard.com,” the site’s release says. This includes “album and digital song sales, radio airplay, streaming, social activity and touring.”

HollywoodLifers, who are you most excited to see? Tell us, below!