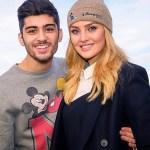 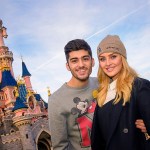 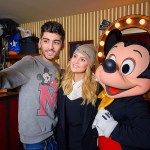 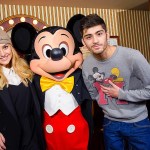 This is SO sad! The boys of One Direction have been by Zayn’s side for 5 years, but it looks like they won’t be there on his one special day! Perrie reportedly banned the guys from attending their summer wedding!

When Perrie Edwards, 21, put together the invite list for her wedding with Zayn Malik, 22, she allegedly left off four very important guys — Harry Styles, 21, Louis Tomlinson, 23, Niall Horan, 21, and Liam Payne! Find out why she DOES NOT want them there at all!

Apparently, Perrie is still pretty upset about Zayn’s alleged cheating incident in Thailand in March and she blames the boys! “She’s furious with them because she believes they were a bad influence on Zayn,” a friend spilled to Life & Style.

“She feels humiliated by what happened and she is just looking for someone to blame,” the friend continued.

The four guys are very upset with Perrie’s decision and really hope she has a change of heart. “They love Zayn. They want nothing more than to see him do well in life,” the insider explained.

Update: HollywoodLife.com has reached out to Zayn’s rep who insists, “This story is totally untrue. Completely fabricated.”

Zayn Malik: One Direction Not Angry With Him For Leaving

Even though Perrie is still salty, the boys have no beef with Zayn. As HollywoodLife.com perviously reported, they are not angry with him for quitting the band.

“There is absolutely no bad blood between any of them and he wishes them the best for the future. When he’s back from holiday, and the lads take a break from their world tour, he hopes they will all be able to talk about it in person,” an insider spilled to us EXCLUSIVELY.

It would be an absolute shame if the guys weren’t able to stand by Zayn’s side on his big day — we really hope Perrie changes her mind!

HollywoodLifers, do you think Perrie is wrong for banning the boys from her wedding? Let us know your thoughts in the comments below!