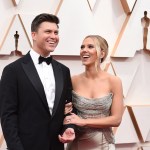 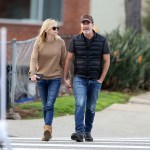 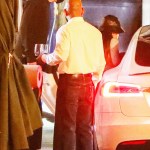 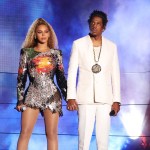 Congratulations to Victoria Caputo! Victoria, the daughter of ‘Long Island Medium’ star Theresa Caputo, wed her longtime boyfriend in a glamorous ceremony. Here’s what else you should know about her.

Victoria Caputo‘s a married lady! The former reality star and successful hairstylist tied the knot with her adoring husband, Michael Mastrandrea, in a May 22 wedding that crossed state lines from New York to New Jersey in one day. There’s so much more that you need to know about Victoria, 26, so we’ve rounded up these five fast facts!

If the last name didn’t give it away, Victoria’s mother is none other than Long Island Medium star Theresa Caputo. Theresa, who is still a practicing physic medium, captivated audiences with the TLC reality show following her business from 2011 to 2019. Victoria appeared on the show, along with her father, Larry Caputo, and her brother, Larry Jr.

Just call her Mrs. Mastrandrea now! Victoria married her longtime boyfriend on May 22 in a lavish wedding that began at Our Lady of Mercy church in Hicksville, New York on Long Island. The wedding party left the suburb in a party bus, Theresa revealed on Instagram, and headed to Hudson House in Jersey City, New Jersey, for the reception. There, Victoria and Michael partied with their friends and family and took photos on the gorgeous deck overlooking the water and the Statue of Liberty.

Victoria owns The Long Island Balayage, a business that operates out of Escape Hair Lounge in Huntington, New York. Victoria specializes in the hair coloring technique, which involves hand-painting strands piece by piece. The effect is gorgeous highlights that look more natural than the traditional method. Her work speaks for itself — see her creations HERE.

4. She Appeared On ‘Say Yes To The Dress’

We knew that Victoria was getting married all the way back in December 2019. Victoria appeared on the reality show Say Yes To The Dress with her mother, who had a physic experience in bridal salon Kleinfeld. Theresa claimed that she felt the presence of Victoria’s late great-grandmother in the room as she looked for dresses. Victoria wound up wearing an Enzoani gown, which she found at Village Bridal by Omnibus in Long Island, according to the shop’s Instagram page.

In March, Victoria posted a stunning photo of herself to Instagram that showed her rocking a right, revealing bodysuit. Fans praised her bold look and the inspiring caption: “CONFIDENCE IS KEY Too fat. Too skinny. Too muscular. Too much extra skin. Too tan. Too pale. Whatever it is you’ll never be perfect in anyone’s eyes! What’s important is you stick to your true self and be confident and embrace what you have! Too all of you who want to comment about my body and say other nasty comments remember karmas a real b*tch and i hope you find the strength to be kinder and wiser in the world full of hate.”