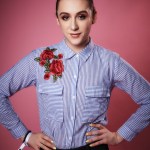 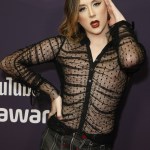 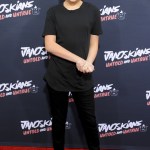 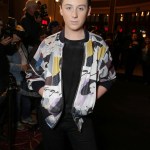 Trevi Moran came out as a transgender female and revealed her new name in a powerful video to her 1.43 million followers on June 6 and we have everything you need to know about the singer here.

Trevi Moran, 21, who appeared on The X Factor in 2012, has come out as a transgender woman. The singer revealed the life-changing news in a telling video on her YouTube page on June 6 and appeared both nervous and relieved as she explained her story. In the clip, Trevi, who changed her first name from Trevor, could be seen sitting on the floor of what looks like a blanket-covered couch as she got right into the point of the topic of the video, which was titled “Coming Out. I Am Female.”

“Hi. My name is Trevi Moran. I am a transgender female,” she said in the beginning of the clip. “It’s a good start. I can’t believe I just said that out loud.”

Trevi went on to explain that she has known that she’s a woman “deep down inside” all her life and admitted it hasn’t been the easiest journey in figuring out when to come out. She even started questioning her identity as a cisgender male in 2017.

“I hit a rock in my journey in 2017 when I thought I wasn’t transgender because I thought that people were pushing me to be transgender. No, I just had a lot of demons back then,” she said. “A lot of eating disorder stuff, self-confidence issues. It wasn’t the time for me to come out back then.”

Here are five things you should know about Trevi as she starts living her truth as a woman.

1.) She was just 13 when she appeared on The X Factor. She wowed judges, including Britney Spears and Demi Lovato, with her adorable charm when she confidently sang and danced to “Sexy and I Know It” by LMFAO during the audition process. After the memorable appearance, she regularly appeared on YouTube as part of the collaborative channel “Our 2nd Life” where she would release original songs.

2.) One of the ways she’s been able to grow her platform is by being open about her struggles with various things, including alcoholism. On her personal YouTube channel, she has shared personal videos about going to rehab for alcoholism and about relapsing.

3.) She is releasing a docuseries about becoming a woman. The series is called Trevi: The Transition and she included a preview of it in her coming out video. The preview includes flashbacks of her time in the spotlight as a child and teen and some intense tear-filled one-on-ones in which she spills details on her struggles to her 1.43 million followers.

4.) Before she came out as transgender, she came out as gay. The young talent shared the news with her fans in 2015 with a seemingly light-hearted approach and revealed she thought most people knew already at that point. “If you’ve been watching me since Apple store dances up to X Factor up to the “Echo” music video, you probably should know by now, but clarifying it, yes,” she said in the video.

5.) She has already started taking hormones to begin her physical transition as a female. “I am two months in on hormones. My brain is just everywhere,” she said in her coming out as transgender video. “I am so hormonal, I mean my ass is getting fat as f—. And I’m growing breasts, and it hurts. I’m going through a lot right now, all because I just want to be me.”