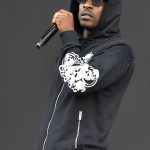 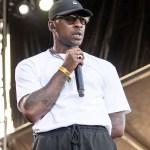 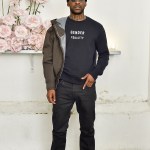 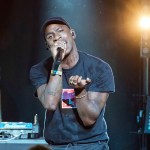 Over one year after Adele’s split from estranged husband Simon Konecki, the singer is now reportedly dating someone from her hometown — Skepta! Here’s what you should know about the award-winning grime rapper.

Skepta and Adele are reportedly a hot new item! The 38-year-old rapper and 32-year-old “Send My Love” songstress are dating, per People. Throughout the last few months,  “things have been heating up” between the two, according to the outlet’s source. “They run in the same circles in London, and she’s having fun,” the source went on. Adele and Skepta, who both hail from Tottenham, London, and are each parents to young children, have been friends for years in the music industry.

The pair were previously linked in October 2019, after a report from The Sun surfaced on September 30 of that year. Adele split from her husband, Simon Konecki, in April 2019. During that time, Skepta was adjusting to fatherhood, having welcomed a baby girl at the end of 2018. The mother of his child is still unknown to the public. Learn more about the rapper with the five facts below!

1. He’s a U.K. grime rapper… Born in North London to two immigrant parents from Nigeria, Joseph Junior Adenuga grew up in Tottenham. After honing his rap chops in groups like Meridian Crew and Roll Deep, Skepta dropped his first solo mixtape, Joseph Junior Adenuga, in 2006. He dropped his debut album, Greatest Hits, in 2007. Since then, he’s put out a handful of mixtapes as well as studio albums. His most recent is 2016’s Konnichiwa, but he has released a handful of singles since then.

2. …who happens to be an award winning-musician. That Konnichiwa album? That record – which included the top 40 singles “That’s Not Me,” “Shutdown,” and “Man” – was critically acclaimed. Apple Music named it the Best Album of 2016, while NME, The Independent, The Guardian, Mojo and Pitchfork all gave it high praise. The record reportedly helped give grime music a much-needed boost, and it ultimately won the 2016 Mercury Music Prize, beating out David Bowie, Radiohead and Kano.

3. His siblings have gone on to work in the music industry. Music is the new family business for Skepta and his kin. His sister, Julie Adenuga, is a radio host on Apple’s Beats 1. His brother, Jason, is a fledgling producer, according to The Sun, and his older brother, Jamie, is better known as JME, a fellow grime rapper (and fellow Roll Deep member.)

4. He and Naomi were romantically linked in 2016. Romance rumors between these two started at the British Fashion Awards in Nov. 2016. “She was like a bullet,” he said to GQ. “She was just going and going and going, and everyone has to, like, catch up.” The two were spotted together at the V05 NME Awards in Feb. 2017, per Bustle. He spoke publicly about Naomi during a June 2017 Vogue interview about his debut clothing line, saying she was his “favourite cover girl.” The two appeared on the cover of GQ’s March 2018 issue, and practically confirmed they were dating (without explicitly confirming it.)

5. He’s a Nigerian chief. In April 2018, Skepta was awarded an honorary Chieftaincy Title in his family’s hometown of Ijebu Ode, Ogun state. Skepta, who is of both Yoruba and Igbo ethnicity, was proud to represent his heritage. Naomi, who was in that part of the world with him, tweeted a picture along with her congratulations to her boo.