Venus and Serena’s mother Oracene Price gets her own spotlight in Will Smith’s new movie ‘King Richard’. Here’s everything to know about the superstar athletes’ other tennis coach!

Venus and Serena William’s father Richard Williams often gets credit for making the two tennis players world-class athletes, but their mother Oracene Price had as much a part in their success on the court. While the self-taught tennis coach will be a focus in the upcoming sports biopic King Richard, here’s what you need to know about Oracene Price ahead of the film’s premiere!

Oracene Price was born on April 3, 1952 in Saginaw, Michigan. At birth, she was given the nickname “Brandy.” Her father was an automotive worker from the Mississippi Delta. At the age of 18, she graduated from Buena Vista High School and later went on to attend Western Michigan University.

2. She Has Children From Multiple Marriages.

At a young age, Oracene married Yusef Rasheed and the couple had three daughters together: Yetunde Price, Lyndrea Price and Isha Price, according to The New York Times. Following the death of Yusef, Oracene would go on to marry Richard Williams in 1980. While residing in Compton, California, the pair would welcome daughter Venus that same year and daughter Serena one year later. In 2002, Oracene filed for divorce from Richard, citing irreconcilable differences. At the time, she reverted to her maiden name of Price. 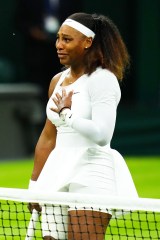 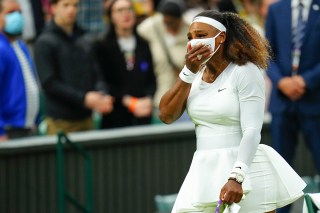 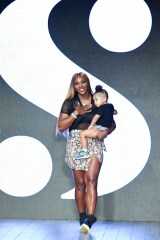 On September 14, 2003, Yetunde Price was killed in a drive-by shooting in Compton, CA at the age of 31. The personal assistant to half-sisters Venus and Serena was shot in the head while driving in an SUV with boyfriend Rolland Wormley. “These guys just started opening fire,” Wormley told LA Times a few weeks after the killing. “We were just innocent passersby. I don’t know how many shots were fired. I don’t even know what race or creed [the attackers] were.” Wormley detailed to the outlet how he immediately drove to his mother’s house after the shots were fired to seek safety. After calling 911, an ambulance took Yetunde to a hospital where she was pronounced dead. Nearly three years after the shooting, Robert Edward Maxfield was sentenced to 15 years in prison for the voluntary manslaughter of Yetunde, according to court records. In 2018, he was released on parole.

4. She Taught Herself Tennis To Help Coach Venus And Serena.

Although Oracene is often overshadowed by Richard in the raising of Venus and Serena to be tennis icons, she played a major role in their court dominance. After teaching herself how to play tennis as an adult, Oracene would help her daughters with the technical aspects of the game, before showing them how to become bona fide winners.

“Oracene was a co-conspirator in this crazy dream that they had,” Aunjanue Ellis, the actress who plays Oracene in King Richard, told RogerEbert.com. “It is utterly irrational that they would have children and make them tennis stars. And she was their coach just as much as [Richard} was. Physically, she was more their coach than he was. He was more of a guide, I would say. But she trained herself so she could teach those girls. They would all be on the tennis court at the same time.”

5. Venus And Serena Say They Wouldn’t Have Survived Without Oracene

The dynamic tennis duo have made it clear that they wouldn’t be the medal winners they are today without the love and support of their mother. During the Red Table Talk on November 17, Serena said her mother worked tirelessly to financially support the family when their father announced he was giving up his job to coach his daughters full time. “She had to support seven people, as a family of seven,” Serena explained, adding, “To have that faith and to have that back end support, we wouldn’t have survived without that.”

On her website elevenbyvenuswilliams, Venus echoed the sentiment, saying, “My father soaked up the spotlight as a larger than life character who created two tennis phenoms, but it was my mother who was the backbone and driving force behind both him, Serena, and I. She provided the balance and stability, both emotionally and spiritually. She raised all of her daughters to be strong, confident unrelentingly successful women. Not just on the court, but in life as human beings. I’m forever grateful.”