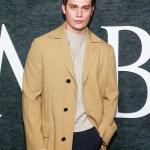 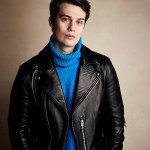 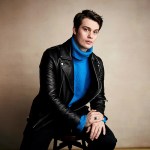 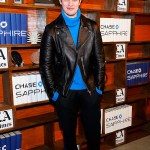 Shawn Mendes is her prince IRL, but Camila Cabello just found her onscreen Prince Charming: Nicholas Galitzine! Be the first to learn more about the actor, 25, before he becomes a major superstar.

So, this is love! The Cinderella reboot, starring Camila Cabello, 22, in her film debut, just announced their new Prince Charming, and it’s Chambers star Nicholas Galitzine. Nicholas, 25, is a talented actor, singer, and musician with an impressive resume that includes television, film, and musical credits. Oh, and he’s smoking hot, by the way. The upcoming Cinderella isn’t another live-action remake of the Disney classic, but rather a modern-day retelling of the original fairytale. Directed by Kay Cannon (Blockers, Pitch Perfect), the film will feature new music penned by Camila! If you’re unfamiliar with Nicholas, it’s time to learn more about him before he becomes the prince of your (and Camila’s) dreams.

1. He got his big break with The Beat Beneath My Feet. Nicholas’ first role was opposite the late Luke Perry in this wild film from director John Williams. The Beat Beneath My Feet, according to IMDb, is about “a teenage boy discovers his unruly neighbor is really a disgraced Rock God who ‘died’ eight years ago owing a fortune in unpaid tax. The boy agrees not to reveal his secret on condition that he teaches him the dark arts of Rock Guitar.”

2. He was reportedly cast in the modern day Cinderella retelling for his great “chemistry” with Camila. Prince Charming and Cinderella have to be convincingly in love, right? Nicholas, according to our sister site Deadline, was cast, in part, after he “wowed the filmmakers in many chemistry readings.” Along with starring opposite Camila, he’ll costar with Billy Porter as the Fairy Godmother, and Idina Menzel as the Evil Stepmother.

3. We’ll see him next in The Craft reboot. Fans were stoked to find out that Zoe Lister-Jones was remaking the 1990s horror classic about a coven of badass, teenage witches. Nicholas is co-starring in the film in an unknown role. “So f**kin psyched to finally be able to announce that I’ll be co-staring in @sonypictures and @blumhouse ‘s reboot of The Craft. Had to keep this one secret for a while but I’m beyond thrilled to work with such incredible talented, kick ass women! #witchingseason,” he wrote on Instagram when the news broke.

4. He plays a lot of bros, but is a feminist in real life. “I think as a young man, it’s important to educate other young men about what is appropriate behavior,” Nicolas told VMEN in September 2019. “[When you portray] stuff like sexual assault and abortion [in film], it makes [those issues] more clear to people, and hopefully breaks that horrible cycle.”

5. He used to have severe stage fright before becoming an actor. Nicholas used to be a diehard rugby player before getting into acting and becoming a star. “I had severe stage fright, but I’d gone with a group of friends, including a girl I fancied,” he told VMEN of auditioning for the musical Spring Awakening, and landing the part for the famed Edinburgh Fringe Festival. It’s that role that got the attention of acting agents.

Cinderella hits theaters on February 5, 2021. We can’t wait to see some of that chemistry between Camila and Nicholas.