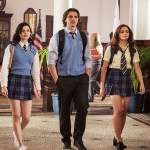 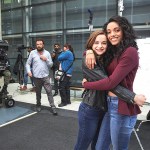 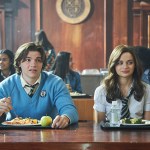 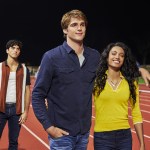 ‘The Kissing Booth 2’ features a couple of new faces, and Taylor Zakhar Perez will undoubtedly make you swoon. Taylor stars as Marco in the Netflix sequel, and the character will definitely steal your heart.

The Kissing Booth 2 is out now, and it’s the sequel we’ve all been anxiously waiting for since the first movie was released in 2018. Elle, Lee, and Noah are back, along with new characters. One of those characters is the dashing Marco, played by Taylor Zakhar Perez.

Taylor has had a number of TV roles over the years, but the rising star’s role in The Kissing Booth 2 is definitely his breakout role. So, who is Taylor Zakhar Perez? HollywoodLife has rounded up 5 things to know about the talented actor.

1. He stars as Marco, a new classmate Elle meets during her senior year. Marco immediately comes into Elle and Lee’s prep school and turns heads. He’s charismatic and totally dreamy. But there’s more than meets the eye with Marco. Elle and Marco hit it off, and he makes Elle question her relationship with Noah, who is thousands of miles away at Harvard.

2. Taylor can SING! Taylor proves that right away in The Kissing Booth 2 when Marco sings The Romantics hit “What I Like About You” while playing the guitar. Taylor was not a guitar player before The Kissing Booth 2. He spent 3 hours a day for 2 months taking guitar lessons!

3. He can also dance like nobody’s business. And we thought Elle and Lee were the most talented dancers in The Kissing Booth universe. Marco swoops in and shows off his Dance Dance Revolution skills. He ends up competing with Elle at a dance competition, and they are incredible. Both Taylor and co-star Joey King had 6-hour dance rehearsals to prepare for those key scenes!

4. Taylor starred in the political series Embeds. He played Noah Torres in the Go90 series about young, embedded reporters pursuing a long-shot presidential candidate in Iowa. He also notably guest-starred in an episode of Scandal.

5. He’s avid traveler. The Kissing Booth 2 was the first project Taylor auditioned for after traveling to Tanzania and climbing Mount Kilimanjaro. He’s also explored the Great Barrier Reef in Australia and the ancient Peruvian cities of Machu Picchu and Cusco.