Superman’s heart belongs to Natalie Viscuso! Henry Cavill, 39, and Natalie made their first red carpet appearance as a couple at the Enola Holmes 2 premiere on October 27. The couple looked so in love on the carpet together.

So, who is this woman that has captured Henry’s heart? Henry and Natalie have been dating for well over a year now. HollywoodLife has rounded up what you need to know about Natalie. 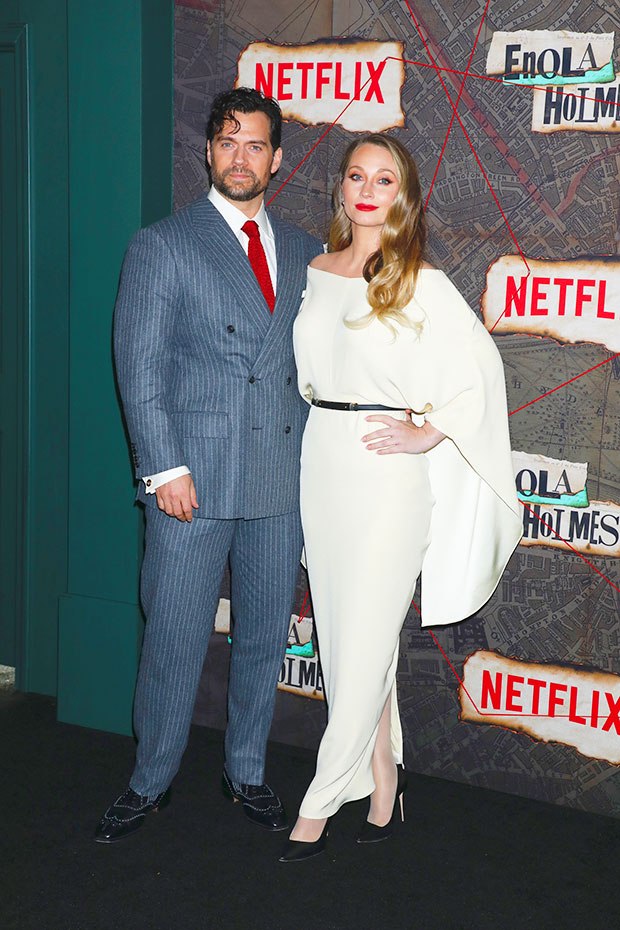 1. What Does Natalie Viscuso Do For A Living?

Natalie previously worked as the Vice President of Television and Digital Studios at Legendary Entertainment. She worked in that position from 2018 to May 2022, coming over to Legendary after working a year as manager of scripted television for The Weinstein Company. She also has a bachelor’s degree from the University of Southern California.

Legendary is one of the companies behind Man of Steel and Enola Holmes, two of Henry’s movies. Legendary is also behind the Dune adaptation (starring Timothée Chalamet, Zendaya, Jason Mamoa, and Josh Brolin.) However, in May 2022, Deadline reported that Natalie had officially been named the new VP of TV at Vertigo Entertainment.

She confirmed the news with an emotional Instagram post on May 12: “Genre storytelling has been the beating heart of who I am ever since I was a child. I feel incredibly fortunate to be able to translate that passion into a career, and to have done so with some of the best in the business. The past few years at Legendary were an unparalleled adventure, and the decision to leave was one of the hardest yet. That said, this next chapter is one I’ve dreamt about for ages and could not be more excited for. I can’t wait to show you what we’re building at Vertigo. Stay tuned…!”

Henry and Natalie were first spotted holding hands in April 2021. The couple went Instagram official that same month.“This is me looking quietly confident shortly before my beautiful and brilliant love Natalie [Viscuso], destroys me at chess,” Henry, 39, captioned the Instagram photo he shared. Natalie also shared the photo on her account. “Just teaching my dear Henry how to play some chess…or…maybe he let me win?” she wrote.

A month later in May 2021, Henry took to Instagram to defend Natalie from mean trolls. “I couldn’t help but notice that there has been some social animosity of late,” he said. “It’s becoming increasingly prevalent on my feed. There has been lots of, let’s call it speculation for now, about my private life and professional partnerships. Now, while I do appreciate the passion and support by those very people who are ‘speculating,’ it has come to such a point that I needed to say something, which in itself is a bad thing. We are living in an age of social enlightenment. More and more, people are realizing that their views may have been blinkered and that they need to expand them to encompass others. So, to you out there who are expressing your disdain and showing your displeasure through a surprising variety of ways, it’s time to stop.”

3. Was She Ever On Television?

Shortly after Natalie and Henry went IG official, the Internet went to work, and some sleuths identified Natalie from an episode of MTV’s My Super Sweet 16. In the 2005 installment, per Video Detective, the then 15-year-old Natalie “is now living in a $5 million house and cruising around town in her dad’s Bentleys and Ferraris. What more could she want? How about being the most popular girl at school?” At the end of the episode, Natalie is determined to “attend USC in Los Angeles” and “hopes to get involved in her father’s nightclub business.”

4. Does Natalie Have Any Kids?

Depends on what you consider a “kid.” Natalie is a proud mother of a French Bulldog named Meat. She’s shared pictures of him wearing a green hat on St. Patrick’s Day, dressing for “sweater weather” in mid-September, and chewing on a horse toy in what is Natalie’s “favorite Meat photo ever to exist.”

5. She Lost Her Mother To Cancer.

“3 days, 30 days, 365 days…every day without my sweet little mom is just the same. I miss her every moment of every day, not just on this first anniversary of her death,” Natalie posted in 2018. “Today, I’m choosing to remember her in all of her incredible beauty, joy, and radiance that she was so loved for. … She never believed she was dying. She had such a hunger for life and desperate need for us to be together, mother and daughter…she just wouldn’t accept death. She fought the most excruciating battle…I actually can’t fathom anything worse. But she fought every step with her beautiful smile brightening up the darkest of rooms. She is the strongest woman I’ve ever known.”