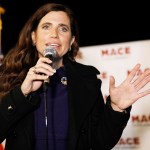 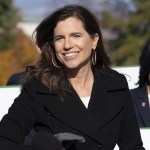 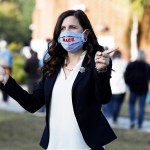 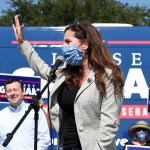 South Carolina Republican Congresswoman Nancy Mace sparred with members of her own party on Twitter on Tuesday November 30, after Georgia Congresswoman Marjorie Taylor Greene attacked her for criticizing Colorado Congresswoman Lauren Boebert’s Islamophobic comments. Here’s everything you need to know about Mace and her back and forth with Greene.

During the Thanksgiving break, Boebert spoke about a supposed interaction with Democratic Rep. Ilhan Omar in a viral video. Boebert said a Capitol police officer had tried to enter an elevator with her and the Minnesota congresswoman, who is Muslim. She referred to her as a member of the “Jihad Squad.” Omar has called the story “made up,” and she criticized the congresswoman in a tweet. “Anti-Muslim bigotry isn’t funny & shouldn’t be normalized. Congress can’t be a place where hateful and dangerous Muslims tropes get no condemnation,” she wrote.

After the clip Boebert went viral, she tweeted an apology and offered to speak to Omar. “There are plenty of policy differences to focus on without this unnecessary distraction,” she wrote in her apology, but Omar said that the call wasn’t very productive in a statement. “Instead of apologizing for her Islamophobic comments and fabricated lies, Rep. Boebert refused to publicly acknowledge her hurtful and dangerous comments. She instead doubled down on her rhetoric and I decided to end the unproductive call,” Omar said in part. 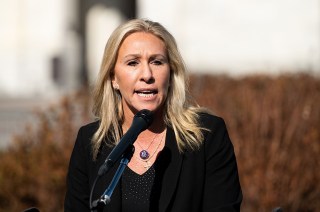 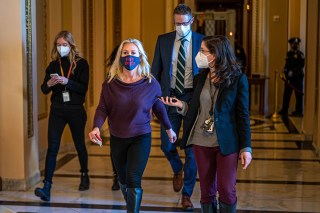 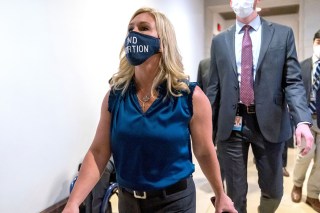 I didn't come to Congress to throw bombs, say crazy things to raise $, or be a comedian; I’ll leave comedy to Dave Chappelle. I’ve always been vocal about rhetoric in both parties and will continue to do so. I’m here to represent my district, my state, and my country. pic.twitter.com/W3pEpyQ5GB

Mace was asked about Boebert’s comment during a Sunday November 28 appearance on CNN, via Mediaite. “I have time after time condemned my colleagues on both sides of the aisle for racist tropes and remarks that I find disgusting and this is no different than any others,” she said. While she condemned Boebert, she also criticized Democrats for labeling conservatives white supremacists. “As a Republican, too, I know when I’ve disagreed with someone on the Left, Republicans are blanketed as white supremacists. I know that’s not right either,” she said, while calling for more bipartisan cooperation.

After Mace’s CNN interview, Greene has sent out a handful of tweets attacking the South Carolina representative. In one tweet, Greene called her the “trash in the GOP conference” and accused her of being pro-abortion. “Mace you can back up off of [Lauren Boebert] or just go hang with your real gal pals, the Jihad Squad,” she wrote. “Your [sic] out of your league.” In another tweet she said that she’d had a discussion with former President Donald Trump about Mace, but didn’t disclose details.

And, while I’m correcting you, I’m a pro-life fiscal conservative who was attacked by the Left all weekend (as I often am) as I defied China while in Taiwan.

What I’m not is a religious bigot (or racist). You might want to try that over there in your little “league.” https://t.co/nIbqjiJaFH

Mace fired back at Greene, first with a spelling correction, and noted that she is a pro-life conservative. Greene has also shared a video of Mace speaking about an abortion bill where she noted that there were “exceptions for women who were victims of rape and incest” to try to demonstrate her point. “What I’m not is a religious bigot (or racist). You might want to try that over there in your little ‘league,'” she wrote. In two more tweets, she shut down Greene for running off to Trump to talk about her. “It’s MTG unable to take the heat, running to the principle’s [sic] office to tattletale because she can’t stand on her own two feet,” she wrote.

Don’t look now, but it’s MTG unable to take the heat, running to the principle’s office to tattletale because she can’t stand on her own two feet.

3. Mace was the first woman to graduate from The Citadel’s Corps of Cadets

After the prestigious military college The Citadel started to let women join, and Mace was among the first to graduate from the institution in 1999. She received a BA in business administration, and she later chronicled her experience in the book In The Company of Men: A Woman At The Citadel. After graduating, she attended the University of Georgia, where she received a masters in journalism and mass communication, according to The Citadel’s website.

4. She was a member of the South Carolina House of Representatives

Mace won a special election in 2017 to represent South Carolina’s 99th District in the state’s general assembly, via local news outlet The Daniel Island News. She won the general election in 2018 to hold onto her seat. Her campaign bio calls her “one of the most fiscally conservative members of the South Carolina General Assembly.” Mace announced that she’d run for Congress in 2019, and won the seat in 2020. Before running for congress, she campaigned for Trump and showed support for him in the 2016 election, via The Post and Courier. Despite her support for Trump during the 2016 election, she did vote in favor of a criminal contempt case against Trump’s former chief strategist Steve Bannon in October 2021, via Politico.

5. Before politics, she worked as consultant

After graduating, she started business consulting companies in Charleston, South Carolina. Her companies were called The Mace Group and Mace & Boucher Consulting, via her Citadel bio. She was also a board member for the charity Childspring International.