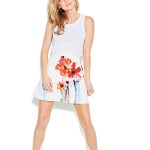 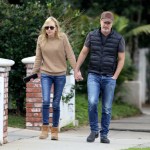 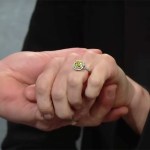 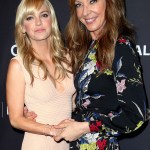 Even though they’ve been engaged since late 2019, Anna Faris finally confirmed she’s going to tie the knot with BF of over two years Michael Barrett. We’ve got give things to know about her fiance.

A month after splitting from Chris Pratt in Aug. 2017, Anna Faris , 43, was already spotted on a date with her handsome Overboard cinematographer Michael Barrett, 49. The pair seemed the picture of happiness over the past two years, and the Mom actress finally confirmed they are engaged during a Feb. 11, 2020 appearance on The Late Late Show. She showed off the giant yellow diamond ring he gave her, which she’d been sporting since fall 2019.

Anna told host James Corden that for her officiant, “Well, I want somebody that’s humorous that also brings heartfelt sentiment, that doesn’t talk too much about themselves.” She then joked that she could officiate her wedding to Michael, as she’s a registered officiant, and “I need a lot of attention, James.” We’ve got five things to know about Anna’s fiance Michael Barrett.

1. Anna and Michael fell for each other fast. The pair met in May of 2017 while filming the reboot of the 1987 rom-com Overboard in Vancouver, BC. Four months later Anna and Chris split, and in Sept. 2017 Anna and Michael were photographed on a date at the Malibu Chili Cookoff. A few weeks later they were spotted getting cozy at Malibu’s famous Neptune’s Net roadside diner and they’ve been the picture of bliss ever since.

2. As a cinematographer, Michael has worked on some big movies. He was the director of photography on films including Zookeeper, Ted, Ted 2, and Kiss Kiss Bang Bang.

3. Michael got his big break with the CBS crime drama CSI. After getting his start shooting music videos and short films, Michael worked on the hit procedural since it’s 2001 inception and was the director of photography on 31 episodes through 2004. He also worked on CSI: Miami, shooting five episodes in 2004.

4. Michael is a native Californian. He was born and raised in Riverside, CA. He attended UCLA, initially studying history, then he began taking film classes. Michael eventually went on to study film at NYC’s Columbia University.

5. Michael and Anna are good at keeping secrets. The couple has actually been engaged since Nov. 2019, but did not tell the public. That’s when Anna was first photographed sporting the yellow diamond ring on her finger. She didn’t try to hide it either, as it’s been visible on her hand in Instagram photos promoting guests on her weekly podcast Anna Faris is Unqualified. But she never mentioned that she was betrothed while interviewing her celeb guests. She waited three months to actually tell the world that yes, she and Michael are getting married.