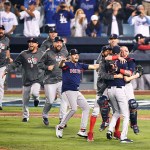 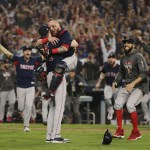 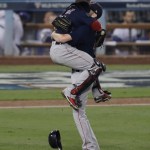 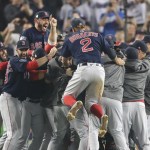 Kim Ng has just made history as the highest ranking woman executive in Major League Baseball. We’ve got five things to know about the Miami Marlins’ new female general manager.

First America gets our first female vice president in Kamala Harris, and now another woman has broken ground in a place where only men have presided. Kimberly Ng has been named the general manager of the Miami Marlins, making her the first female G.M. in Major League Baseball history. The team made the announcement on Nov. 13, praising Kim, 51, who has had a long career within MLB.

Marlins CEO and former New York Yankees great Derek Jeter praised Kim in his announcement. “On behalf of Principal Owner Bruce Sherman and our entire ownership group, we look forward to Kim bringing a wealth of knowledge and championship-level experience to the Miami Marlins. Her leadership of our baseball operations team will play a major role on our path toward sustained success,” he said. We’ve got five tings to know about Kim.

1. Kim began her career in MLB as an intern. After graduating from the prestigious University of Chicago in 1990 where she played on the school’s women’s softball team, Kim took a job as an intern with the Chicago White Sox. A year later she was made a staff member with the team working as a special projects analyst and rose to the position of assistant director of baseball operations.

2. Kim became the youngest assistant G.M. in the Majors in 1998. New York Yankees General Manager Brian Cashman recruited her to come work under him when she was just 29-year-old. Three years later she joined the Los Angeles Dodgers as vice president and assistant general manager in 2001.

3. Kim was the first woman to ever interview for a G.M. position in MLB. When the position of Dodgers G.M became vacant in 2005, Kim interviewed for the job. Again she was a trailblazer, as no woman had been given that opportunity in any of the big four men’s professional sports leagues. While Ned Colletti was ultimately named G.M., he kept Kim on as his assistant. She went on to interview for the G.M. position at four other MLB teams, and eventually left the Dodgers to become Senior Vice President of Baseball Operations for Major League Baseball in 2011.

3. Kim is the first woman to hold a G.M’s position in any of the big four men’s U.S. sports. While she’s broken ground in MLB, no other women to date have held G.M. positions in the NFL, NBA or NHL. She’s only the second Asian-American big four G.M. behind Ron Cho. He was the general manager of the NBA’s Portland Trailblazers in 2010.

5. In her new position, Kim wants to bring a World Series Championship to Miami. In her statement upon being named G.M., Kim said that, “This challenge is one I don’t take lightly. When I got into this business, it seemed unlikely a woman would lead a Major League team, but I am dogged in the pursuit of my goals. My goal is now to bring Championship baseball to Miami. I am both humbled and eager to continue building the winning culture our fans expect and deserve.”