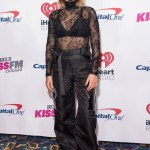 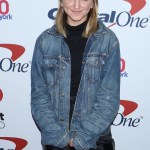 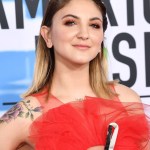 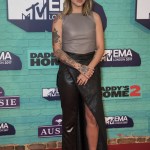 Even though Julia Michaels scored a 2018 Grammy nomination for Best New Artist, she’s no rookie on the music scene. She even kissed Selena Gomez onstage. Find out more about her, here!

UPDATE 11/13/19 (6:40pm ET) : During a Nov. 11, 2019 concert at the Fonda Theatre in Los Angeles, Julia Michaels invited bestie  Selena Gomez onstage for a live performance of “Anxiety” and afterwards the two locked lips in a kiss. They later got matching tattoos, and Selena wrote over her Instagram story about it: “It’s tatted… my arrow points to you forever,” about Julia. You can see the pic of the kiss below.

Watch out world, Julia Michaels is taking over the music scene! At only 24-years-old, she has written songs for Selena Gomez, Demi Lovato, Fifth Harmony, and Gwen Stefani. With a Grammy Nomination for Best New Artist under her belt, and a hit single that was certified triple-platinum by the Recording Industry Association of America, it looks like Julia may just become the next big thing! Don’t be surprised if you see her on a stage near you in the not too distant future. Want to know more about her? Here’s what we know: