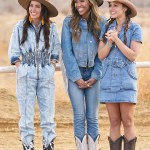 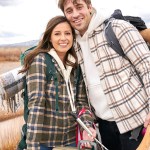 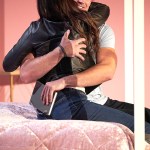 John Hersey is one of the many men hoping to win Katie Thurston’s heart on ‘The Bachelorette.’ Here’s what you need to know about the dreamy season 17 contestant.

John Hersey, 27, makes quite the first impression when he meets Katie Thurston, 30, for the first time during The Bachelorette season 17 premiere. When John steps out of the limo, he admits to her that this all feels like a dream. John and Katie hug and she says that John is definitely her “type” as he walks away.

John has clearly caught Katie’s eye. So, who is John Hersey? From his job to his hobbies, HollywoodLife has 5 key things you need to know about the season 17 contestant.

1. John is an aspiring pilot.

John is currently studying to get his pilot’s license. In the meantime, he is also a bartender in California. He received his Bachelor of Science degree in marine biology from the University of California, Santa Cruz.

2. John is a thrill-seeker.

John’s definitely not afraid of risk-taking adventures. From jumping out of planes to falling out of a hot air balloon, John loves to get his adrenaline pumping. “Sometimes reckless. Always wild,” he captioned the Instagram video of his fall from a hot air balloon.

3. John gushed over how ‘genuine’ Katie is before the premiere.

A day before the season 17 premiere, John posted a photo of himself with Katie on Instagram. “Taking a second to appreciate the stillness of such a special moment with this strong, goofy, and genuine human being,” he wrote. When John first meets Katie, he raves over how “wonderful” and “gorgeous” she looks.

4. John is a romantic at heart.

John reveals in his ABC bio that he would “love to find a woman to share a burrito with while watching the daily sunset over the San Diego coastline.” John is looking for someone “genuine, honest, and willing to challenge him to be a better version of himself.” He loves a woman who is “confident in her natural beauty and says that nothing turns him on more than a woman who pursues her passions every day.” John has “little tolerance” for anyone “being unfaithful or dishonest and says that his one major dealbreaker is when someone treats another disrespectfully.”

John has a dog named Dexter. “While Dexter is admittedly one of the stranger creatures to exist on this planet, he is gifted with what I have come to realize is something like a superpower- he makes everyone smile,” John wrote about his dog in 2019.