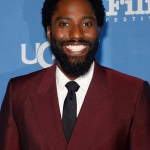 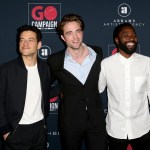 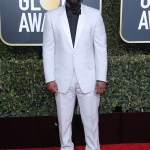 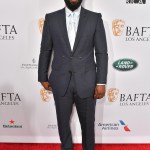 John David Washington is one of Hollywood’s most talented new stars, and he also happens to be Denzel Washington’s son. Here are 5 key facts about the ‘Malcolm & Marie’ star.

John David Washington, 36, stars in the new Netflix film Malcolm & Marie with Zendaya, 24. The movie, which is being released on Feb. 5, follows a filmmaker and his girlfriend as they confront long-simmering issues between them. Malcolm & Marie was filmed in secret during quarantine using COVID-19 safety precautions.

It’s not a surprise John David is incredibly talented. He’s the son of Oscar winner Denzel Washington, 66. But John David is making a name for himself all on his own. From his past career as a football player to his movies to his personal life, here’s what you need to know about John David.

1. John David Washington is the oldest of Denzel’s kids.

John David is the oldest of Denzel and Pauletta Washington’s four children. The actor was born on July 28, 1984. His siblings include Katia and twins Olivia and Malcolm.

After high school, John David went to Morehouse College in Atlanta, Georgia. He played football in college and was signed by the St. Louis Rams in May 2006 as an undrafted free agent. He was released by the Rams in Aug. 2006 and later re-signed with the team’s practice squad. John David also played in NFL Europe. He was later drafted by the California Redwoods of the United Football League in 2009. The team became the Sacramento Mountain Lions and John David played for them until 2012.

3. He made his acting debut alongside his dad.

John David was only 9 years old when he appeared as a student in a Harlem classroom in the 1992 film Malcolm X. His dad starred as Malcolm X in the film. Denzel earned an Oscar nomination for Best Actor in a Leading Role. It would be 25 years until John David appeared in another film, which was Love Beats Rhyme in 2017. He did co-produce the 2010 film The Book of Eli, which starred his father.

4. John David has starred in a number of well-known movies.

John David’s acting career took off after his breakout performance as Ron Stallworth in the 2018 film BlacKkKlansman. The role earned him a Golden Globe nomination for Best Performance by an Actor in a Motion Picture – Drama. He also starred in the HBO series Ballers from 2015 to 2019. The actor recently starred as the Protagonist in Christopher Nolan’s 2020 film Tenet. He filmed Malcolm & Marie in 2020. He’s currently filming a David O. Russell film.

5. He keeps his personal life private.

John David does not have an official Twitter or Instagram page. As far as his dating life goes, he doesn’t talk about it much publicly. He did open up to Steve Harvey in 2016 about his “trust issues” when it comes to relationships. “In all honesty, I have trouble trusting, you know?” John David said on Steve’s talk show. “I have trust issues thinking that they picked me because of who my father is. I used to lie about what my dad’s occupation was.”

While discussing Malcolm & Marie, John David revealed that he doesn’t like “confrontation” in relationships. “I like to use my words and be clear, and I don’t like to yell,” he told Variety. “I’ll say this, and I’m not going to get into details because it’s too private. But there are a couple of things that were triggering. A couple of moments where I found myself truly lost in the emotion and where I was going. Some things started brewing up that I was grateful to use but didn’t realize they were in there, in my spirit.”