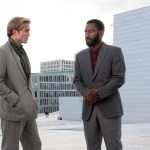 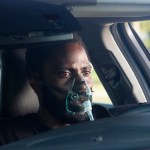 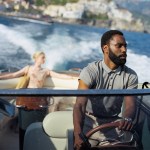 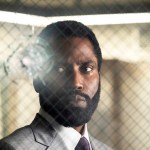 One of the most highly-anticipated movies of the year is definitely ‘Tenet.’ The latest trailer dropped on May 21 and gave fans a new glimpse at Christopher Nolan’s latest epic.

When Christopher Nolan has a new movie coming out, the world pays attention. His newest film Tenet is going to be one epic mind-bending thriller. No one knows what Tenet is really about, but we’re all ready to strap in and enjoy the ride. A brand-new trailer was released on May 21 and gave fans the footage they’ve been craving. The only synopsis that Warner Bros. has released so far about Tenet is that the movie is an “action epic evolving from the world of international espionage.” The movie stars John David Washington, Robert Pattinson, Elizabeth Debicki, Dimple Kapadia, Aaron Taylor-Johnson, Clémence Poésy, with Michael Caine and Kenneth Branagh.

John David’s character is tasked with trying to prevent World War III. This isn’t any ordinary fight, though. He brings in Robert Pattinson to help in this endeavor.  The person they’re after is Kenneth Branagh, who can “communicate with the future.” John David’s character tries to explain to Rob that this is so much more than time travel. It’s called “inversion.”

Later, John David’s character gives issues the ultimate mindf*ck. “This reversing the flow of time… Doesn’t us being here now mean it never happened?” The trailer ends with Robert explaining how he wants to crash a plane. It’s going to get a little “dramatic,” he says.

Nolan wrote and directed the film. He used a mixture of IMAX and 70mm film to shoot Tenet. Nolan has constantly been keeping us on our toes about Tenet. A nearly 7-minute prologue of Tenet aired before IMAX screenings of Star Wars: The Rise of Skywalker back in Dec. 2019. If you didn’t see The Rise of Skywalker, you didn’t see the Tenet prologue. The prologue has also not been released online. Nolan’s secrecy about Tenet is very intriguing.

The release date for Tenet has been in question since the coronavirus pandemic began to plague the globe. Despite most studios moving the release date for their movies, including Black Widow, Top Gun: Maverick, and Wonder Woman: 1984, Nolan has maintained his July 17 release date.