The 2021 Golden Globes is featuring siblings as the 78th annual ceremony’s ambassadors, as director Spike Lee‘s son Jackson and daughter Satchel will getting to shine on the telecast. It won’t be the usual handing awards to the winners and showing them the direction to exit offstage, due to the COVID-19 pandemic causing a smaller ceremony with many of the nominees appearing remotely. Jackson, 23, and his sister will still be assisting throughout the live televised event, which will once again be hosted by the incredible team of Tina Fey and Amy Poehler. We’ve got five things to know about Jackson Lee.

Jackson will be wearing Gucci at the Globes

He worked with Gucci’s Creative Director Alessandro Michele when it came to what he’ll be wearing on the big night. “I wanted to partner with someone who would let me have a heavy hand in the design process,” he told Vogue. “I didn’t just want to wear a designer.” He also has a partnership Nike’s Jordan brand, adding, “I’ve designed a couple pairs of shoes for Jordan, so for the Golden Globes, we’ll have another surprise that we’ve been working on,” when it comes to his footwear. 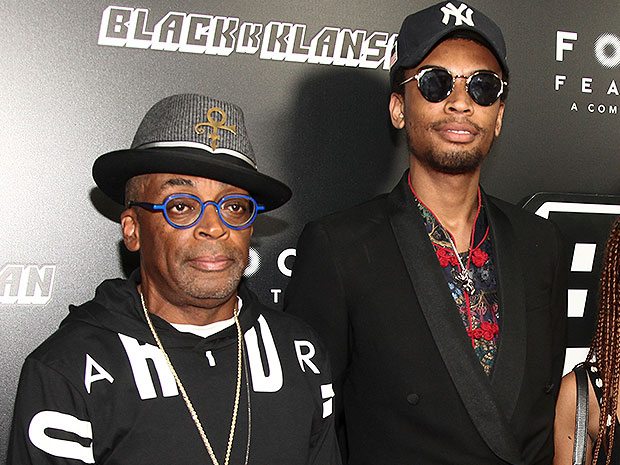 Jackson’s Globes appearance will raise money for a good cause

The siblings were each allowed to select a nonprofit charity which will receive a $25,000 grant from the Hollywood Foreign Press Association, the organization behind the Globes. Jackson chose Big Brothers Big Sisters of America, especially for how the charity sets up youth with mentors. “Having mentors has meant so much to me in my life, and got me to where I am now,” he told Vogue. “To be able to pay that back to someone would be an honor.”

Jackson launched his own creative agency

He’s following in his dad’s footsteps by creating Indigo 212, a production company where he has already shown off some of his own work. Jackson directed the short film Thompson Farm, which is available on the site. He directed an uplifting PSA for the fashion brand Coach in 2019 called “Words Matter” that starred himself, Satchel, Coach brand ambassador Michael B. Jordan and more saying inspirational words such as “respect” “hope” and “honesty” and asking “what words matter to you?”

Jackson is a proud New Yorker

With his 63-year-old dad being one of NYC’s greatest cheerleaders, Jackson has grown up with so much pride in the Big Apple. On Feb. 20, he shared a photo to his Instagram account along with his sister Satchel and mom Tonya Lewis Lee, all wearing a black Gucci t-shirt with white lettering that read “New York vs. Everybody.” He’s even been a presence court-side next to his dad at Madison Square Garden, watching Spike’s beloved New York Knicks play over the years.