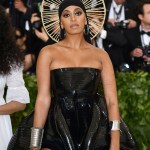 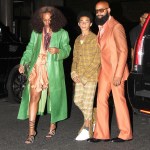 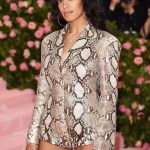 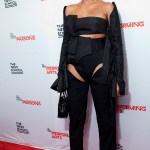 Solange Knowles is off the market! One year after splitting from husband Alan Ferguson, she’s dating jazz composer Gio Escobar, and we’ve got five things to know about him.

Solange Knowles is officially back on the dating scene again, following her 2019 split from husband of five years Alan Ferguson. She shared a photo cuddled up to a handsome mystery man to her Instagram stories over the weekend. He’s now been identified as jazz composer Gio Escobar. Now that 34-year-old Solange has made Gio Instagram official, it is being revealed that they’ve been “boo’ed up” for some time.

“[He] is her boo. People know. It’s not a new thing, but it’s new for the public. It’s a big deal that she shared the photo because she’s so private,” an insider tells Page Six. Hopefully Gio has Solange’s big sister Beyonce‘s stamp of approval. “She’s super happy and they’re a happy couple. They’re very cute together,” the source said. We’ve got five things to know about Gio.

1. Gio is a New York City native. He was born in Gio Cortez in Brooklyn in 1995. His heritage is of Puerto Rican descent.

2. He’s a member of the experimental hip hop group Standing on the Corner. The Brooklyn based band is also known as Children on the Corner and has been around since 2014. Known for their jazz based sound, it also includes musicians Slauson Malone and Caleb Giles.

3. Gio briefly worked as a radio show host. He co-hosted the radio show Stay Inside with rapper/producer Earl Sweatshirt on Red Bull Radio from 2017 to 2018. Solange was the show’s guest for Stay Inside‘s final episode on September 28, 2018.

4. Gio has collaborated with Solange in the past. His band Standing on the Corner worked on Solange’s 2019 album When I Get Home. They have producer credits on “S McGregor (interlude)”, “Nothing Without Intention (interlude)” and “Exit Scott (interlude).”

5. Solange was allegedly first spotted canoodling with Gio in Aug. 2019. He was seen kissing Solange’s shoulder while she sweetly touched his thigh over an al fresco meal in a video that was allegedly taken by a fan on August 30, 2019. It was prior to the announcement of her split from Alan. Leah Henry from Washington D.C.’s hip hop radio station 93.9 WKYS then shared the video with her fans on Oct. 31, 2019. Solange on Nov. 1, 2019 announced that she and Alan had split earlier that year, telling fans, “11 years ago i met a phenomenal man who changed every existence of my life. Early this year we separated and parted ways, (and tho it ain’t nan no body business ).”