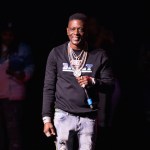 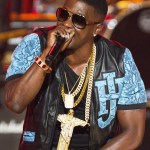 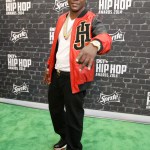 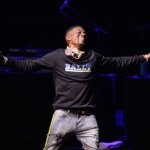 Rapper Boosie Badazz has reportedly been involved in a Dallas shooting, suffering a gunshot wound to his leg. Here’s 5 things to know about him.

Boosie Badazz has reportedly been shot in the leg while paying respects to fellow rapper Mo3, who was killed in the same location just days prior. The 38-year-old was shot in Dallas near a strip mall, per TMZ, who reported that someone opened fire on the van Boosie was traveling in. According to the outlet, he was treated in the hospital for a gunshot wound below the knee and his injuries were non life-threatening. HollywoodLife has contacted the Dallas Police Department, who declined to identify Boosie. Here are 5 things to know about the rapper.

1. He was diagnosed with kidney cancer. The Louisiana-born rapper revealed the news to his fans in an Instagram post on Nov. 25, 2015. “I need all my fans to pray for me,” Lil Boosie captioned a photo of himself eating on Instagram. “Doctor just told me I have cancer on my kidneys.” Less than two weeks later he underwent surgery to have the cancer removed from his kidney. “I want to thank each and everyone for all the support and love! Surgery went well..God is good! Next step recovery! Cancer has been removed from Boosie kidney,” he wrote on Instagram, breaking the good news.

2. He was unexpectedly released from prison early. The rapper, whose real name is Torrence Hatch, was unexpectedly released from a Louisiana State Penitentiary back in March 2014, where he had been since 2009, after he was charged with third degree possession of Marijuana. Upon his release, a rep for for the penitentiary told the media that Boosie would be on parole until 2018.

3. He reportedly wrote more than 1000 songs while in prison. He may have been locked up, but that didn’t stop him from working on his music. After his release in March, he told reporters that he was planning on releasing a new album soon, as he wrote over 1,000 song while in prison. At the time, Boosie said he had listened to some of today’s rap music and believed the industry was “wide open” for him to jump back in and become one of today’s most relevant rap stars.

5. He also caught heat for going on a homophobic rant in 2015. He came under the line of fire after going on an offensive homophobic tirade on Instagram in November 2015. In the lengthy rant, the rapper said that since being released from prison, he had been confronted with gay story lines whenever he turned on the TV (he mentioned Empire and Love & Hip-Hop specifically). His comments were deleted soon after.