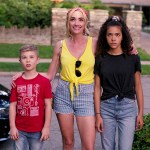 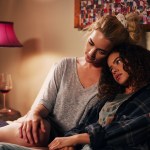 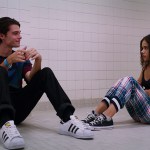 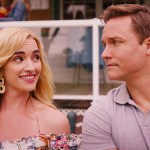 ‘Ginny & Georgia’ is the next great Netflix binge. Antonia Gentry stars as Ginny in the series and proves she’s Hollywood’s next big thing. Get to know the talented actress.

Ginny & Georgia gives off major Gilmore Girls vibes, but the shows are completely different. Antonia Gentry stars as Ginny in the new Netflix series, which launches Feb. 24. This mother-daughter coming-of-age story will have you hooked from the very first episode.

Antonia is a Hollywood newcomer, and with Ginny & Georgia, she is now one of Hollywood’s most talented rising stores. Ahead of the show’s debut, you might be asking: who is Antonia Gentry? HollywoodLife has rounded up 5 key things you need to know about the 23-year-old.

Antonia is one of the two titular roles in Ginny & Georgia. She plays Ginny Miller, the 15-year-old daughter of Brianne Howey’s Georgia Miller. Antonia has a breakout performance in Ginny & Georgia alongside Brianne. In the series, Ginny and Georgia move to a small New England town to try and establish a normal life for themselves. But it’s not easy for both of them, not when Ginny and Georgia have secrets they’d like to keep hidden. The series also stars Scott Porter, Felix Mallard, Jennifer Robertson, Sara Waisglass, Raymond Ablack, and more.

2. She went to college in Georgia.

Antonia went to Emory University in Atlanta for drama in 2015 after attending the John S. Davidson Fine Arts Magnet School. While at Emory, Antonia was a part of the school’s Rathskellar Comedy Improv troupe. Back in 2019, the actress gave her fellow troupe members a shoutout on Instagram.

3. She got her start in another Netflix project.

Her first major role was in the 2018 Netflix film Candy Jar. She also appeared in an episode of Raising Dion season 1, which aired in 2019. She’s keeping her roles in the Netflix family with Ginny & Georgia!

4. She got the role of Ginny while still in college.

Antonia was still in her final year at Emory University when she learned she was going to play Ginny in the Netflix series. She explained how she juggled it all in an interview. “My professors were understanding and encouraging for the most part, but it was pretty hard bouncing back and forth between being a full-time college student, working part-time, and also trying to pursue this career,” she told W.

5. Antonia is in a relationship.

The actress is dating Ezra Pounds, a producer and composer based in Atlanta. He posted a sweet and supportive message about Antonia and Ginny & Georgia in Jan. 2021. “SO FKN Excited for my bestfriend, my soulmate, & my lover,” he wrote on Instagram ahead of the show’s launch. Antonia posted two photos on Instagram in 2019 celebrating her and Ezra’s seventh Valentine’s Day together. “I love you now and then,” she wrote.