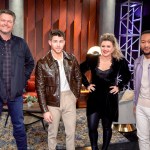 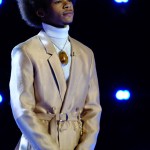 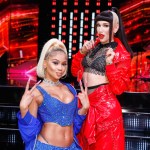 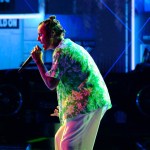 Anna Grace takes the stage during the March 15 episode of ‘The Voice.’ She wows the coaches so much that she gets the coveted 4-chair turn!

The Voice season 20 blind auditions continue on March 15. New singers will take the stage, including Anna Grace Felten. NBC released a sneak peek of her audition, and she gets the big 4-chair turn from the coaches.

So, who is Anna Grace? She’s clearly one to watch this season. From her TikTok fame to her scary health battle, HollywoodLife has rounded up 5 key things to know about the 20-year-old singer from Milwaukee.

Anna Grace performs an intimate rendition of Billie Eilish’s “my future” for her blind audition. Almost at the exact same time, John Legend, Kelly Clarkson, and Nick Jonas turn their chairs. Blake Shelton follows soon after. John says Anna’s performance was “really, really beautiful.” Kelly notes that there were parts where Anna Grace was “shaky with pitch,” but she thinks that’s all because of breath control, which they can work on. Nick gushes that Anna’s performance was “phenomenal.”

2. She survived going into septic shock.

In June 2020, Anna Grace opened up about nearly losing her life after going into septic shock. “Three years ago my life completely changed when my body was struck by septic shock,” she wrote on Instagram. “The truth of the matter is, the doctors said I shouldn’t have lived. I survived sepsis six times within the eight months after that day. Nothing short of a miracle.” She has since made a full recovery.

Anna Grace has over 117,000 followers, and her videos have 2.7 million likes. One video she posted in January 2020 has over 1.1 million views. Anna Grace frequently posts videos of her vocal prowess on TikTok.

4. Anna Grace has written her own music.

On July 4, 2020, Anna Grace posted a video on her social media of an original song. “I wrote this song about pretending to be OK,” Anna Grace captioned the video. She said she was wondering about recording and releasing it but didn’t know if she should.

5. Music is ‘super important’ to her.

After her blind audition, Anna Grace talked about her love for music. “My life wouldn’t be anything without it, so it’s super important to me. It’s gotten me through some really hard times,” she told the coaches.