High schooler Amari Bailey is one of the country’s best up-and-coming basketball players, and his mom is rumored to be dating rapper Drake. Find out more about him!

Amari Bailey‘s name is in the headlines after his mom Johanna Leia went on a romantic dinner date at Dodgers Stadium with Drake. The model, 40, and the rapper, 34, sparked romance rumors on July 8 after he set up a sweet date night for the pair. Helicopter photos captured the duo enjoying dinner and drinks at a table on the baseball field. Johanna is also a mom to 17-year-old Amari, and seven-year-old daughter Savvy, whom she shares with former Indianapolis Colts wide receiver Aaron Bailey. Find out more about Amari!

1. He is a basketball player.

Amari is following in his father’s footsteps, and already making waves in the sporting world. The teenager is one of the star players of the Sierra Canyon High School basketball team, which LeBron James‘ son Bronny James, 16, also plays for. Amari is a shooting guard and helped USA Basketball win a gold medal at the 2019 FIBA Americas U16 Championship, per his bio. He currently ranks 3rd on the ESPN 100 list, and is the number one shooting guard in the class of 2022. “He’s a pure combination guard who has effortless high-end scoring ability with or away from the ball,” Paul Biancardi, ESPN’s national recruiting director, said, per The Sun. “As a playmaker, he is equally adept at creating for himself or facilitating for others. In transition or in the halfcourt, he demonstrates outstanding passing vision.”

His mom Johanna had a short stint on the 2017 Lifetime reality series Bringing Up Ballers, which followed Chicago-based female entrepreneurs, who have children that are rising basketball players. The show followed five moms as they balanced their businesses while also fighting to help their sons make it in the NBA. The show aired for just six episodes before it was axed by the network. 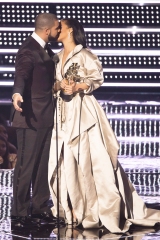 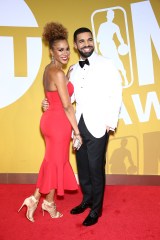 3. His mom is rumored to be dating Drake.

Fans have speculated the pair could be dating, after their much talked about night out at Dodger Stadium. In pics of the date, Drake and Johanna can be seen sitting next to each other at a white table near the dugout on the third-base side. The table was covered with a white table cloth and filled with several dishes and flowers. They even had a personal bartender!

Just last month, Drake and Michael B. Jordan joined Amari’s mom at a Sierra Canyon game. In a video shared by the Bleacher Report, the trio can all be seen standing together and loudly cheering for the team, while sitting court side.

5. He is set to attend UCLA

Amari received a slew of offers from top schools, however ESPN has reported that he is officially committed to UCLA, after graduating high school in 2022.