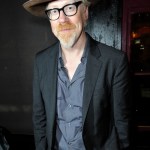 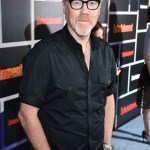 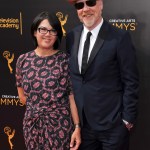 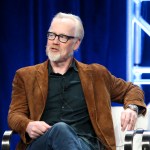 Adam Savage’s sister Miranda Pacchiana shockingly accused him of allegedly sexually abusing her when they were children but he says she’s ‘falsely attacking’ him. Here are five things you should know about him.

Adam Savage, 52, is facing some serious sexual abuse allegations from his own sister, Miranda Pacchiana, 51, but he has denied them all. Miranda filed a lawsuit against the former MythBusters co-host on June 30 and is alleging he sexually abused her numerous times when they were children growing up in Sleepy Hollow, NY, according to a complaint obtained by the New York Post. Adam denied the allegations in a statement HollywoodLife received from his lawyer, Andrew Brettler.

“While I hope that my sister gets the help she needs to find peace, this needs to end,” he said in the statement. “For many years, she has relentlessly and falsely attacked me and other members of my family to anyone who will listen.”

“By spreading numerous untrue stories about us in pursuit of a financial bonanza, she has tortured our entire family and estranged herself from all of us,” he continued. “I will fight this groundless and offensive lawsuit and work to put this to rest once and for all.”

Adam’s mother, Karen Savage, also made a statement through Brettler. “It makes me very sad to say this, but my daughter suffers from severe mental health challenges, and it’s devastating that she’s putting Adam and our entire family through this,” she said. “Adam is a good man, and I support him completely.”

Here are five things you should know about Adam and the situation.

1.) Miranda claims Adam nicknamed himself “the raping blob” and tried to mask the alleged sexual abuse as a game. She said the alleged abuse happened when she was around 7-10 years old and Adam was around 9-12 years old, the New York Post further reported. “Beginning in or about 1976 and continuing until approximately 1979, Adam Savage would repeatedly rape Miranda Pacchiana and force oral sex upon her, and forced Miranda to perform oral sex on him, along with other forms of sexual abuse,” the reported complaint, which was filed in Westchester Supreme Court, reads.

The complaint also says that Adam would prevent Miranda, who runs a website that supports survivors of sexual abuse, from leaving the bed and would anally rape her. She wrote about the alleged abuse in a blog post on her website, The Second Wound, and said it led to “periods of depression and near-constant anxiety.” She also claimed she has had “no contact” with Adam for over two decades.

Today's all-new One Day Build on @testedcom is the rare Savage Household build: a table to hold our dog leashes, doggy poop bags, face masks and more! (And @hdjoey’s editing is fanTAStic in it, too!) Link in Stories.

2.) He’s worked as a model maker on several popular films. Adam, who has been involved in many different jobs over the years, made models for films like Galaxy Quest, Star Wars: Episode II – Attack of the Clones, and Space Cowboys. He also taught model making in the department of Industrial Design at the Academy of Art University in San Francisco, CA.

3.) He appeared in 282 episodes of MythBusters for 17 seasons from 2003 until 2016. The Discovery Channel show, which became the platform he is best known for, was filmed in San Francisco, where he still lives, and his role as co-host was to disprove or confirm various myths through tests and experiments.

4.) His work has been recognized in a number of ways, including various awards. He received an honorary doctorate from the University of Twente in The Netherlands in 2011 for helping to popularize science and technology. He was also named Humanist of the Year by the American Humanist Association at their annual conference in 2017.

5.) He’s the father of twin boys. His children are from a previous relationship he was in before he went on to marry Julia Ward in Sept. 2004.