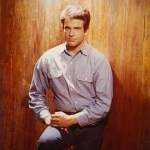 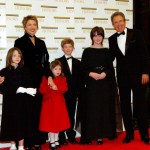 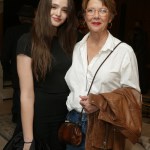 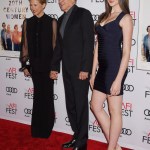 Actor/director Warren Beatty is the proud father of two sons and two daughters whom he shares with actress Annette Bening. Find out more about his talented brood here!

Warren Beatty, 84, is a Hollywood icon, getting his start in the ’60s with films like Splendor in the Grass and Bonnie and Clyde and furthering his career with 1975’s Shampoo and 1990’s Dick Tracy. Warren was a well-known ladies man in his day, rumored to have been with, well, a lot of women. It wasn’t until he met Annette Bening, 63, while the two were working on the 1991 film Bugsy that he decided he was ready to settle down and get married. “I waited a long time to be married,” Warren told AARP magazine in 2016. “When you don’t get married until you’re 54…well, as Arthur Miller said, ‘it comes with the territory,'” he stated, referring to a line from the playwright’s Death of a Salesman. “A salesman is got to dream, boy. It comes with the territory.”

Find out more below about Warren and Annette’s talented and creative family!

Stephen Ira Beatty is Warren and Annette’s first child, born January 8, 1992. Stephen is transgender and began his transition at age 14 in 2012. “He’s managed something that’s very challenging with great style and great intelligence,” Annette told AARP on Nov. 25 2019. “He’s an articulate, thoughtful person, and I’m very, very proud of him” Warren shared a similar sentiment about his son in 2016 when speaking with Vanity Fair, saying, “He’s a revolutionary, a genius, and my hero, as are all my children.”

Stephen, who describes himself as a “writer/performer/filmmaker” in his Instagram bio, has followed in his parents’ politically-minded footsteps over the years, speaking out for the transgender community back in 2013 in a PSA. “I grew up outside of New York, but I’ve always known I’ve wanted to move here for the city’s vibrant artistic community,” the writer said in a video spot, per E! news. “As a trans person, I would hope that I’d be welcomed but many trans people aren’t because we don’t have the basic healthcare coverage we need to survive.”

Stephen continues his political support for trans rights, also co-founding Vetch, a poetry magazine for trans writers. He also continues to share his writing on many platforms (like his Instagram), moving with the creative spirit instilled in him by his parents!

Benjamin Beatty was born August 23, 1994. He dabbled in a bit of acting like his parents with small parts in 2018’s UFO and the 2016 Joel and Ethan Coen flick, Hail Caesar! Unlike is movie star parents and acting/writing siblings, Benjamin likes to keep things pretty low-key, staying out of the spotlight. He did post an acceptance letter to Northwestern University in 2013 to his Instagram page, noting his study of communication. It’s unclear if he continued to follow that path or what his career trajectory is currently, but he is often seen at numerous sporting events with dad, so it’s evident the two have a serious bond!

Isabel Beatty was born January 11, 1997. The 24-year-old was inspired by mom and dad to dabble in acting, working in a few shorts like 100 Girls Break Up With Us (2018) and Baggage (2019). She’s also written on a few projects like Quality Sketch, a TV series from 2017. Isabel referred to herself as a “soft hearted writer” in her Twitter bio, often sharing creative and unique posts to her Instagram feed, showcasing her artistic sensibility. The second youngest of the Beatty-Bening family also often shares sweet shots of mom and dad in their younger years (and present day!), showing how strong their family bond is.

Ella Beatty, the baby of the family, was born April 8, 2000. She’s also following in mom and dad’s footsteps as an actress, joining The Julliard School to study drama. The brunette beauty lists numerous achievements in her resume, like acting in plays like Three Sisters, All’s Well That Ends Well, La Cocina, and more. She also lists a few TV and film credits and notes she’s proficient in French. Looks like Ella is on her way to follow her award-winning parents!