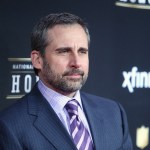 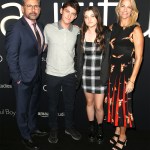 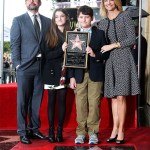 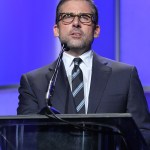 Steve Carell has been happily married to his wife Nancy for 26 years. Here’s everything you need to know about the actor’s devoted spouse.

Steve Carell, 58, may be known as one of the funniest actors in Hollywood but he’s not on the journey of a successful career by himself. The Office star just celebrated his 26-year wedding anniversary with his wife, Nancy Carell, 55, on Aug. 5, proving their marriage is stronger than ever. The lovebirds also share two children together, daughter Elisabeth, 20, and son John, 17, and have proudly showed off their loving family during public outings over the years.

Steve has gushed over his doting wife in several interviews over the years, including one for Good Housekeeping in 2012. He told the outlet the best part of being married was “having a bond with someone you love and support and knowing they’re going to support you.”

Check out the facts below to learn more about Nancy and her marriage to Steve. 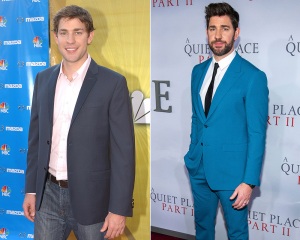 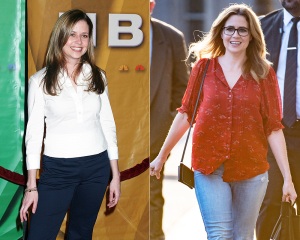 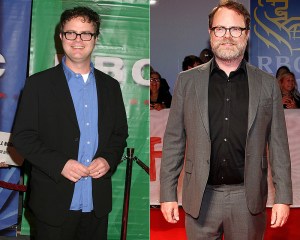 How Did Steve And Nancy Meet?

Nancy Walls was born on July 19, 1966 in Cohasset, Massachusetts, where she was also raised. After attending and graduating from Boston College in 1988, she got a start in comedy by doing improv at The Second City in Chicago, IL. Steve was teaching a class she was taking at the location and that’s how they were introduced.

Nancy ended up working at a bar that was across the street from Second City and Steve would often stop by to visit her. He shared the story during an appearance on The Ellen DeGeneres Show and explained that he was too nervous to ask her out on a date. “The conversation would go something like, ‘Hey, you know, if I were ever to ask a woman out, it would be someone like you. Exactly like you,'” he said with a laugh. “And she’d say, ‘If a guy like you were ever to ask a woman like me out, I would definitely do that.'”

“This went on for weeks,” he continued. “Other people at the bar at the bar must have been like, ‘Just do it! Put us all out of our misery.’ And finally, we did. It was great.”

When Did Steve And Nancy Get Married?

Steve and Nancy tied the knot on Aug. 5, 1995. “I knew early on that she was the right one. I’ll never forget standing at the altar and I saw her coming down the aisle—immediately a sense of calm came over me,” Steve told The Guardian in 2013. “There was an ethereal sense of how right it all was and more than anything it was very empowering knowing that person was going to be my partner and have my back. It just made me feel strong, and I’ll never forget it.”

Steve And Nancy Have Two Children.

Steve and Nancy became a family of three when they welcomed their daughter, Elisabeth Anne, whom they nicknamed “Annie,” in May 2001. They expanded their family even further when they welcomed their son, John, whom they nicknamed “Johnny,” in June 2004. Steve opened up about the most challenging part of being a dad in his 2012 Good Housekeeping interview.

He admitted the challenge was “not succumbing to your kids’ cuteness all the time. That can set a dangerous precedent. You’re so in love with your children that you’d do anything for them; that’s not necessarily the best thing.”

Nancy Used To Be A Cast Member On ‘Saturday Night Live.’

Nancy joined the cast of the popular comedy sketch show in 1995 and stayed on the roster until 1996. She was best known for her impressions CNN anchor Bobbie Battista. She went on to appear in other impressive shows such as The Daily Show and the animated series, The Goode Family. She also occasionally guest-starred on The Office alongside Steve. She played the role of Carol Stills, a real estate agent and former girlfriend of Steve’s character, Michael Scott.

Steve and Nancy have made numerous public appearances together since getting hitched in 1995. She has always showed support by attending various award shows, including big ones like the Golden Globe Awards, that were presenting awards Steve was nominated for. They also sometimes work together in their careers. The duo created the TBS sitcom Angie Tribeca, which lasted from 2016-2018, together.

Steve said one of the reasons he could write a sitcom with her was because of her sense of humor and he credits her with being even funnier than he is. “My wife is way funnier than I am,” he told The Guardian. “As much as I don’t really feel I share a sense of humor with my family, I definitely share one with her—we find the same things funny.”