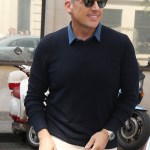 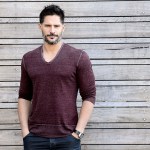 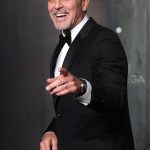 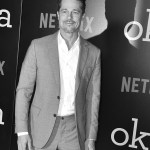 Gray is the way! Hollywood’s hottest male stars are keeping it au natural with their salt and pepper looks! Steve Carell is the latest celeb to join the silver fox club and we’re totally here for it! See him and more sexy stars, here!

Welcome to the silver fox club, Steve Carell! The actor, 54, stepped out in London last week to promote his latest movie, Despicable Me 3 — which also stars, Kristen Wiig, 43 — and he looked better than ever! Steve sported a brand new gray-haired look and we suddenly have all of the feels. As soon as the internet caught wind of his new do’, Twitter users went wild, rightfully so! And, Steve even weighed in on all of the attention his hair received! [Check out all of the silver fox club in our above gallery!]

“I am so sick of people just looking at me for my physical attributes,” he said sarcastically during an interview with ET; adding that he has no control over his gray locks. “It’s just genetic. There’s nothing I can do.” But, on a serious note — Steve was appreciative that he was given a warm welcome into the silver fox club. “I’m bursting with pride,” he said. “That’s very nice.”

Jimmy Fallon, 42, even raved over Steve’s new look when the actor visited The Tonight Show on June 27! “You’re a stud muffin,” Jimmy told Steve, before he gushed over the attention the actor’s been getting. Then, Jimmy asked the question we all had in mind — “Do you get invited to silver fox meetings… like do you go into a club where Anderson Cooper and Andy Cohen are there? And, Steve let us all in on the exclusive group. “There’s a bracelet you can get,” he joked. “Mine says Steve and on the other side of the bracelet, it says, ‘hunk of man meat.'” LOL!

Steve even credited his new gray do’ for spicing up his marriage to his wife of 22 years, Nancy Carell, 50. “My wife finally said she’s in love with me,” he joked again. “Very excited.”

The silver fox club of Hollywood’s hottest males has been around for quite some time. A seasoned member, Richard Gere, 67, gave us the gray-haired feels all the way back in 1990, during his Pretty Woman days! And, he still catches our eye with his white locks.

And, who can forget George Clooney, 56, who’s been dubbed the hottest silver fox in Hollywood! The new father has been leading the pack of salt and pepper looks for years and he doesn’t age!

Other stars who share the silver fox trait with Steve and Clooney can all be found in our above gallery! See Ryan Reynolds, 40, Rick Fox, 47, Matt LaBlanc, 49, and more hot stars! And, take a look at the insane reactions from fans about Steve’s hair, below. His hair was even a trending topic on Twitter. Now, that’s impressive.

If you couldn't handle season 1 of the office Steve Carell, then you don't deserve him at silver fox Steve Carell.

Steve Carell is a silver fox so I can pretend like I wasn't always weirdly attracted to him now that I have a socially acceptable reason.

Steve Carell is now the main silver fox. George Clooney, you are no longer needed.

HollywoodLifers, which silver fox caught your eye the most?