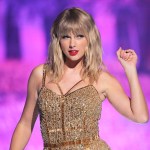 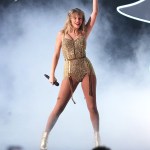 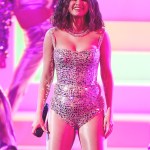 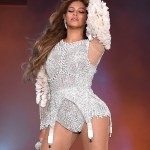 For many singers, onstage style is much different from what we see them wear on a regular basis — and one of the hottest recent performance fashion trends is sparkling bodysuits!

Sparkly bodysuits aren’t exactly something you can casually wear any day of the week, which is why they’re perfect for stars who need to stand-out while performing onstage! Some of the biggest female stars in music have rocked the glittering bodysuit trend over the last few years, and we’re totally on-board with it. Most recently, both Taylor Swift and Selena Gomez took to the stage in sparkling bodysuit ensembles — the besties BOTH rocked the look at this year’s American Music Awards on Nov. 24!

Selena opened the show with her performance of “Lose You To Love Me,” and afterward, she stripped out of her black dress and into a sparkling silver bodysuit for a rendition of “Look At Her Now.” Later in the show, Taylor gave a medley performance while being honored as Artist of the Decade, and she wore a glittery gold bodysuit of her own. Taylor also rocked the sparkly bodysuit trend on her Reputation tour, as she wore a sequined black look, that she paired with thigh-high black boots, during one portion of the set.

Beyonce has also pulled off the sparkly bodysuit trend while on the road for her On The Run II tour. She wore a silver, beaded ensemble, which she paired with mesh tights and dramatic sleeves. Additionally, Jennifer Lopez wore a sheer bodysuit, which was covered with carefully placed embellishments, during her Las Vegas residency. 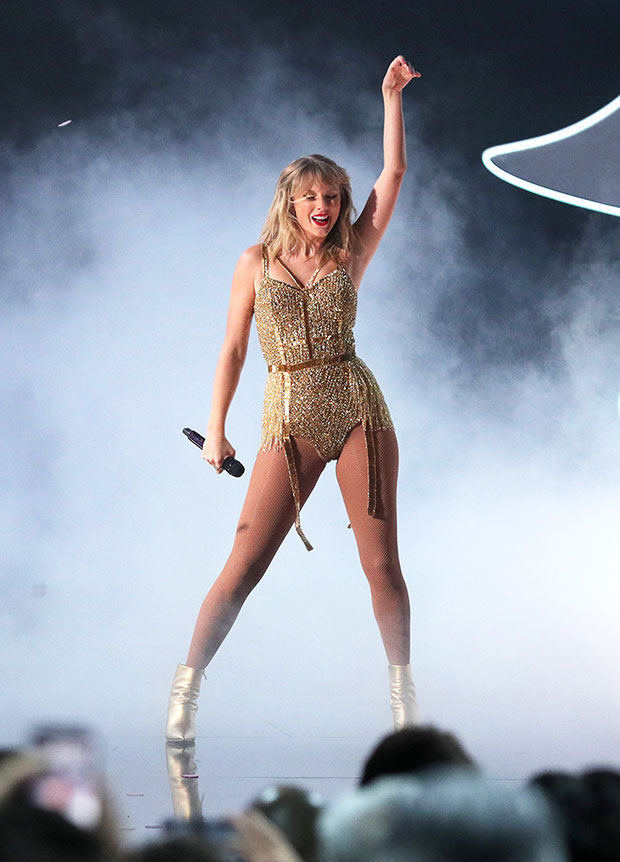 There are plenty of more sparkly bodysuit looks where these came from, though! Click through the gallery above to check out Ariana Grande, Lizzo, Lady Gaga, Britney Spears and more stars slaying the trend!