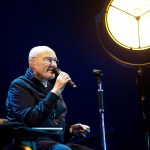 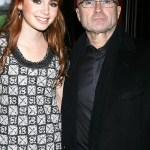 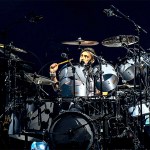 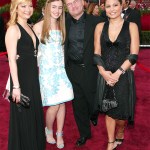 Phil Collins is a proud dad to five kids, including actress Lily Collins. Here’s what to know about the Collins children.

Phil Collins, 70, has made it big as a legendary singer, drummer, record producer and actor. He’s been apart of the British rock band Genesis, and has also flourished in his solo career that includes the Oscar-winning song “You’ll Be in My Heart” from 1999’s Tarzan. Outside of his career, Phil is a proud and loving father of five children. He welcomed his five kids from his former marriages to Andrea Bertorelli, 71, Jill Tavelman, 65, and Orianne Cevey, 47. Find out everything you need to know about Phil Collins’ kids below.

Phil’s eldest child is daughter Joely Collins, 49. Joely was adopted by Phil in 1975, after he married her mother, Andrea Bertorelli. The identity of Joely’s biological father is unconfirmed. She was raised in Vancouver, Canada, where she studied theatre and dramatic arts. She had several child acting gigs, including in the Canadian teen drama series Madison. That role earned her Canada’s “Best Leading Actress” honor at 22 years old. Joely later starred as Christine Wren in the Canadian police drama Cold Squad from 2000 to 2005. On the big screen, she most notably starred in The Love Crimes of Gillian Guess, which earned her the award for Best Actress in a Canadian Film at the 2004 Vancouver Film Critics Circles Awards. Joel also started her own production company, StoryLab Productions, which produced the 2012 film Becoming Redwood. 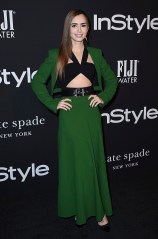 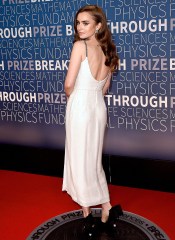 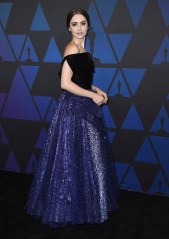 Joely is currently married to Stefan Buitelaar. The pair tied the knot on August 23, 2008 in Leiden, Netherlands. They welcomed their first child, daughter Zoe Amelie, on October 26, 2009.

Simon Philip Nando Collins, 45, is Phil and Andrea’s son. He was born on September 14, 1976 in London, England, but moved to Vancouver when he was 8. Simon joined his father on tour with Genesis, which inspired him to follow in Phil’s footsteps and pursue a career in the music industry. He was signed to Warner Music and moved to Germany, where he released his debut album All of Who You Are. It included the singles “Pride,” “Money Maker,” and “Shrine Through.” Simon later left Warner Music and started his own record label, Lightyears Music. He released two more albums under his new label: first was Time for Truth, in 2005, and then U-Catastrophe, in 2008. Simon formed the British progressive rock band Sound of Contact in 2009. The group’s original line-up also consisted of Matt Dorsey, Dave Kerzner, and Kelly Nordstrom. They released their debut album, Dimensionaut, in 2013. Simon eventually left the group in 2018 and focused his attention back on his solo career.

Phil’s third child, and only kid with his second wife, Jill Tavelman, is daughter Lily Collins, 32. Lily, who was born on March 18, 1989, in England, is the most famous of Phil’s children. She is a successful actress who began her career at age 2 in the BBC show Growing Pains. Her breakthrough performance was in Sandra Bullock‘s 2009 movie The Blind Side. Lily went on to star in the films Priest, Abduction, Mirror Mirror, Stuck in Love, Love, Rosie, and Rules Don’t Apply, which earned her a Golden Globe nomination in 2016. More recent movies she’s appeared in include Extremely, Wicked, Shockingly Evil and Vile, Tolkien, and Mank.

To most fans, Lily is best known for her work in Netflix’s comedy-drama series Emily in Paris, which premiered in October 2020. Lily stars as Emily Cooper, an American marketing executive who moves to Paris for a new job. Lily earned a second Golden Globe nomination for Emily in Paris. The series was also nominated for Outstanding Comedy Series at the 2021 Emmy Awards.

Lily got married in September 2021 to film director Charlie McDowell, who is the son of actors Malcolm McDowell and Mary Steenburgen. Lily had a difficult relationship with her dad growing up, but they eventually mended fences. She penned an emotional letter to Phil in her 2017 book Unfiltered: No Shame, No Regrets, Just Me, in which she revealed she developed an eating disorder from insecurities stemming from issues with her father. “I forgive you for not always being there when I needed and for not being the dad I expected,” Lily wrote in her book. “I forgive the mistakes you made. There’s still so much time to move forward. And I want to. I’m inviting you to join me. I love you with all of my heart, more than you’ll ever know, and am so thankful for you. I’ll always be your little girl.”

Nicholas Collins, 20, is Phil’s fourth child. He is the son of Swiss translator Orianne Cevey, who was married to Phil from 1999 to 2006. Nicholas has become a drummer and even joined his father on stage at the age of 15 to perform “In the Air Tonight.” He told Rolling Stone in 2017, “I’ve been really exposed to my father’s music my entire life, so it’s second nature. But it’s completely different when you know the song as compared to when you’re actually playing it. At first, I listened to the live versions they’ve done on the most recent tours and then listened to the studio versions. It’s different to hear how my dad did it compared to what another drummer did [in concert], so obviously I want to be like what he did since he’s the one that played the song and wrote the actual drum part.”

Due to health issues, Phil is no longer able to sing and play the drums for Genesis on tour. However, Nicholas has stepped in and performed in his father’s place for the band’s ongoing The Last Domino? Tour, which is expected to conclude in March 2022. Nicholas also has his own band called Better Strangers.

Matthew Collins, 17, is Phil’s youngest child. He’s the second son from Phil’s former marriage to Orianne. Matthew, whose still in high school, has mostly stayed out of the spotlight. However, the teenager has joined some of his famous family members for some public events, such as red carpets and NBA games. Only time will tell if Matthew ends up making it big in the world, just like his father and older siblings!