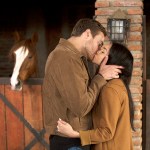 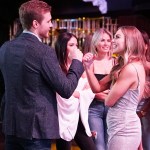 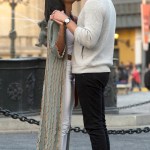 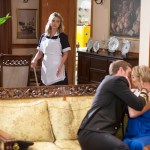 Things have gotten STEAMY on this season of ‘The Bachelor’! There was no shortage of PDA between Peter Weber and the women all season long, and we rounded up the hottest photos of all.

Just three women — Victoria Fuller, Hannah Ann Sluss and Madison Prewett — are left on season 24 of The Bachelor, but Peter Weber started out this season with 30 women vying for his heart. That means that there were plenty of other women to kiss throughout the season, and there was certainly no shortage of PDA. From night one, Peter’s chemistry with Hannah Ann was evident. She was the first woman who he willingly kissed on the show, and they shared plenty of kisses before the first rose ceremony. Since then, they’ve continued to build their connection, and have not been afraid to be physical with each other.

Another very physical connection that Peter has is with Victoria F. The pair’s relationship has dealt with a lot of drama this season, but Peter has continued to give Victoria roses week after week. Despite all the ups and downs, Peter is clearly super attractive to Victoria, and their physical chemistry is undeniable. Peter was also very physical with Victoria Paul, who was eliminated earlier this season. Before Peter sent her home, the two packed on a lot of PDA, and he definitely seemed very into her.

At the beginning of the season, Peter’s ex, Hannah Brown, briefly appeared during the first two episodes. Peter and Hannah didn’t rekindle anything romantically, but they did share an emotional moment, as she broke down in tears while reminiscing on their relationship. At one point, Hannah sat on Peter’s lap and cried in his arms, and he gently comforted her.

Click through the gallery above to check out all the PDA-filled moments from season 24 of The Bachelor. The show’s next episode airs on Feb. 24 at 8:00 p.m., and will feature Peter and his remaining three women deciding if they want to go into the fantasy suite.