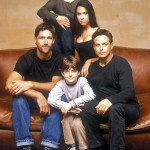 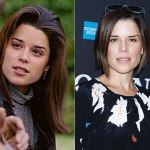 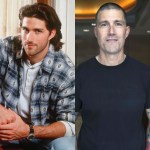 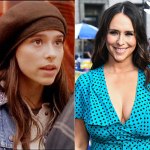 Before ‘Party Of Five’ was brought back to Freeform, it was a Fox series that lasted six whole seasons between 1994-2000! Before the new take on the show premieres, take a look at the original stars then and now!

Freeform is revving up its content with a brand new series that features a contemporary take on a familiar narrative. Party Of Five will chronicle the five Acosta children — Emilio, Lucia, Beto, Valentina and baby Rafael — as they navigate daily life struggles to survive as a family unit after their parents are suddenly deported to Mexico, per the series’ logline on IMDb. The show, however, has roots that goes back over 20 years! The original show, which the new take is structurally based on, ran on Fox from 1994-2000 with a slew of familiar faces that new and returning fans will recognize including Jennifer Love Hewitt, Lacey Chabert, and more!

One such star from the original cast has gone on to become one of the horror genre’s most underrated scream queens and a consistently reliable guest actor. Neve Campbell, 46, really became a household name once she joined the cast of the series as Julia Salinger in 1994. Just two years after booking the role, however, Neve went on to star in the classic Wes Craven vehicle Scream. At the age of 27, Neve had completed six season of the series and starred in the Scream trilogy. Although the late ’90s and early 2000s offered Neve a slew of success, her career took a turn to guest work and various appearances.

By the 2010s, however, Neve returned to the role that cemented her place in the horror and slasher genre with Scream 4 in 2011. From there, she had a successful stint on the Netflix flagship series House Of Cards from 2016-2017, and appeared in the Dwayne “The Rock” Johnson film Skyscraper in 2018. On Nov. 7, 2019 our sister site Deadline reported that Scream 5 was in the works and eyeing a 2021 release date, with fans hoping Neve would be attached to the project!

One of Party Of Five‘s other original cast members who went on to a successful career is Matthew Fox, 53. As Charlie Salinger, Matthew portrayed the eldest Salinger child who had to assume the responsibility of the whole family. Matthew, like Neve, stayed on the series for its entire 124-episode run. Following the series’ 2000 conclusion, Matthew had a few roles in film and TV before landing the part of Dr. Jack Shephard on ABC’s Lost. During his six years on the series, Matthew was nominated for an Emmy for Outstanding Lead Actor in a Drama Series in 2010. When the show ended that same year, the actor took a step away from TV and had a few small roles in films including World War Z, Extinction, and Bone Tomahawk. Matthew has not appeared in a film or TV-related project since 2015. With the new series well on its way, fans of the original and curious viewers of the new edition can look back to see what the original cast is up to! To read more about the original stars, click through the gallery above. Party Of Five premieres Jan. 8 at 10 pm ET on Freeform.