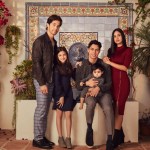 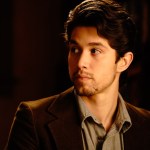 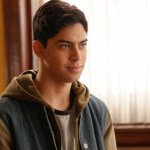 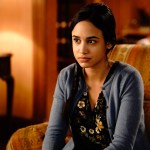 Niko Guardado stars in the new ‘Party of Five,’ which premieres Jan. 8. HL spoke EXCLUSIVELY with Niko about why he was drawn to the role of Beto, the devastating premiere scene, and more.

The Party of Five reboot premieres Jan. 8 on Freeform. The series, inspired by the 1994 series of the same name, focuses on a brand-new family, the Acostas, as they struggle to survive as a family unit after their parents are suddenly deported to Mexico. Niko Guardado stars Beto in the highly-anticipated family drama and told HollywoodLife EXCLUSIVELY that he “instantly connected” with the character. “I just saw myself in him a lot more just in terms of him going through high school and the problems that he faces,” he continued. “And then the man he becomes after his parents get deported really drew me to the role.”

Beto is just trying to get his grades up and be a normal teenager when the show begins. Everything changes when his parents get deported. “All of a sudden he has to grow up really fast and the real world hits really hard and super abruptly,” Niko said. “He starts finding his place in life as being this father figure to his younger siblings and just trying to make life better for them and himself. I think at the beginning, he’d be totally content with running the family business when he grows up. That kind of makes him happy just to be there with his family and be there for his dad and his mom. When they get taken away, he has to jump to that.”

Freeform has already released the gut-wrenching scene where the Acosta children are forced to say goodbye to their parents at an immigration detention center. Niko opened up about filming the difficult scene. “We’re just trying to give an authentic take on what these families are going through, so we’re trying to pay our respect to them. There was a little pressure in that,” Niko said. “But Fernanda [Urrejola] and Bruno [Bichir] give you so much in every take when they’re off-camera that it’s very easy to fall into that place. Not only that, but some of the extras we saw were crying during the takes and they had shared their stories that their families, people that they know, or even themselves were going through this situation where they were deported. That one hit even harder because it’s like you’re in the presence of people that actually lived it. So I remember after we’d filmed the whole thing driving home, I was exhausted obviously but I just had an overwhelming sense of gratitude and thankfulness that I have the life that I have and that my problems are minuscule compared to other people’s. I think we all felt that.”

Niko teased that there will be Easter eggs for fans of the original series. “They’ll be satisfied with the throwbacks that are in the show,” Niko told HollywoodLife. “I think it’ll make everybody happy. I hope it does. It’s totally different characters, similar circumstances, but then again not so. I think that helps take the pressure off this being a reboot. We’re not reprising existing characters. We get to take our own path with these ones.”