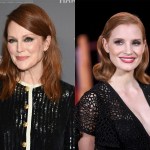 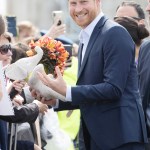 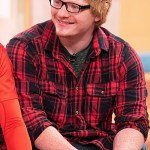 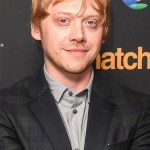 Happy National Redhead Day! On this one date, it’s better to be in the red than the black — just ask Tameka “Tiny Harris or Fergie! The former Black Eyes Peas star, who is a natural brunette, was seen sporting a head full of fire for a music video shoot back in June 2017. To add to the sizzling look, she also rocked a skin-tight sequined catsuit.

Of course, we can’t forget about Hollywood’s more natural-looking redheads! Amy Adams, Emma Stone, Nicole Kidman, Julianne Moore, Susan Sarandon, and Christina Hendricks have proved that red comes in all different shades, styles and sizes. Be it curly, straight or slightly artificial, red is the warmest color – no matter what anyone else says. Oscar winner Emma Stone, who rose to fame in movies like Easy A and cemented her place in Hollywood history following her turn in La La Land, is actually a natural blonde!

Her longtime hair colorist Tracey Cunningham, has previously said the actress stuns with her fiery locks because she “looks like a redhead,” adding, “I think there’s something about those genetics that make the red shade look so gorgeous with her skin tone and her eyes,” she told Refinery 29.

When it comes to red hair, we can’t forget about the men! While women make red hair look phenomenal, there are also some ginger-haired hunks out there. Prince Harry proves that red is indeed a royal color, while Shaun White, Ed Sheeran, Jesse Tyler Ferguson and Michael Fassbender prove that the guys can rock the firelocks as well. British royalty Prince Harry, who recently relocated Stateside, has been rocking his ginger hair from day one, and has been an ambassador for those with red locks for decades! Check out all the celebrity redheads in the gallery above, in celebration of National Redhead Day.