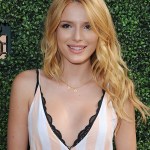 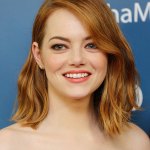 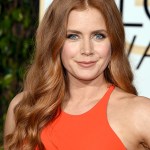 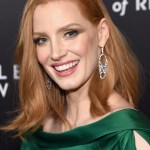 Redheads don’t get the credit they deserve! Today on Kiss A Ginger Day, join us in celebrating just how sexy those with fire colored hair can be. Take a look at our list of the 13 hottest red-headed celebs ever!

We all know blondes have more fun and brunettes do it best, but it’s the red-heads who are truly captivating. From Amy Adams, 41, to Prince Harry, 31, stars with rusty tinted hair are turning heads. In honor of Kiss A Ginger Day, we bring to you a compilation of the best looking red-heads out there!

Harry who? Anyone who’s seen Harry Potter has fantasized about Rupert Grint, 27, the shy, sweet red-head who steals the show. Rupert is just one of the hunky ginger men out there though, with Rob Kazinsky, 32, and Damian Lewis, 44, also causing crushes everywhere. Rob takes the breath out of people (literally) in True Blood with his buff Vampire bod and bad boy ways. And Damian was one of the hundreds of reasons why Homeland fans tuned in up until the show’s finale.

Let’s not forget about the red-headed bombshell females appearing on our screens too! Jessica Chastain, 38, has been diverting guys eyes onto her for years. She’s joined by Emma Stone, 27, who’s grabbed the attention of some of Hollywood’s most handsome men, Isla Fisher, 39, who was all we saw in Now You See Me and Bella Thorne, 18, the newest hottie in the red-head clan.

Up next is Christina Hendricks, 40, who made men go mad in Mad Men. Also making the list is Eddie Redmayne, 34, who we would all be Les Miserables without and Benedict Cumberbatch, 39, who honestly needs no words. Last, but definitely not least, Kevin McKidd, 42, who only added to the incredibly good looking Grey’s Anatomy cast.

HollywoodLifers, will you be kissing a ginger today? Tell us who your favorite red-head is below!