Naomi Campbell has been dazzling on the catwalk for decades, and today the gorgeous model celebrates a major milestone in her life! Today, May 22, Naomi turns 50 years old. Though the stunner is turning the big 5-0, she doesn’t look it at all. In fact, Naomi has barely aged a day since she first strut her stuff on the runway, modeling the best in classic cuts and high-fashion across the globe. To mark this milestone in Naomi’s life, we’re taking a look back at her career — from her first catwalk to now!

Before Naomi was a supermodel known across the globe, she was a burgeoning young star. The model first made appearances in Bob Marley‘s music video for “Is This Love” and in Culture Club‘s “I’ll Tumble 4 ya” when she was only seven and 12-years-old. By the time she was 15, Naomi had been scouted by talent agents looking for the next bright, young face — and Naomi had it. Before she was 16, Naomi made her first cover appearance on British Elle magazine! The photo shoot became the catalyst for Naomi’s incredible career.

By the mid ’80s, Naomi quickly became one of the most in-demand models of her time. She modeled for Versace,  Azzedine Alaïa, and Isaac Mizrahi, among others, and took the catwalk by storm with her fierce poses and gorgeous appearance. Although Naomi’s popularity continued to serge into the late ’80s and early ’90s, she did face pushback and obstacles that many in the industry didn’t endure. When met with racism, Naomi’s contemporaries — her fellow models — stood by her side and urged the industry to transform and become more inclusive.

Since then, Naomi has only risen to become a force of nature in the fashion world. Not only is she still a highly sought-after and respected model, she has developed her own business ventures, including fragrances, music, acting, and hosting gigs. Throughout her towering career, she has modeled for Prada, Ralph Lauren, Yves Saint Laurent, Balmain, Express, H&M, and so many more! Furthermore, it appears like Naomi is only getting started, and she’s taken time recently to venture into interviewing stars like Nicole Richie and Serena Williams on her YouTube channel! 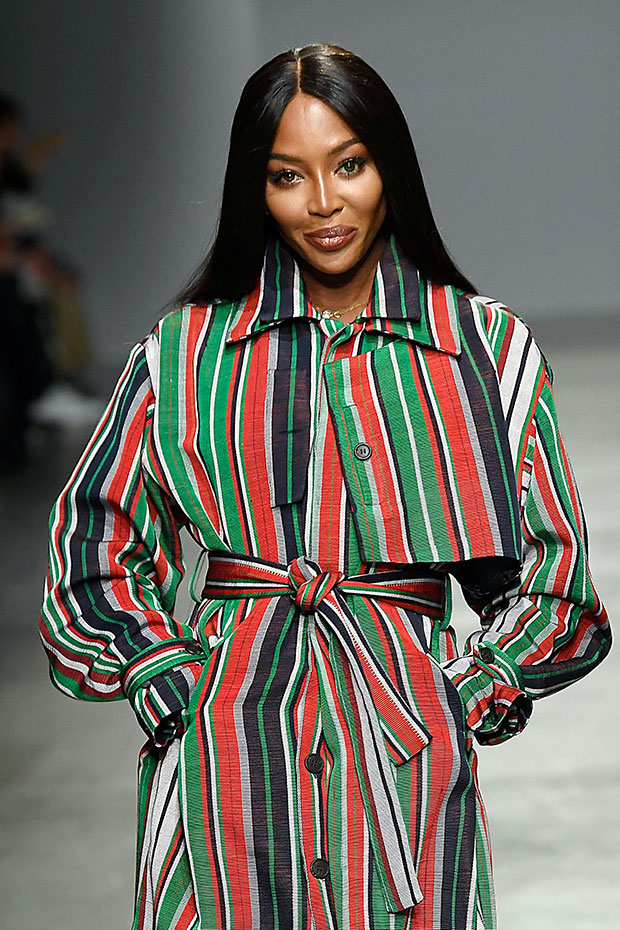 There’s so much more to see from Naomi’s incredible life on and off the catwalk. To see more images of the supermodel through the years, check out the gallery above!