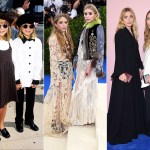 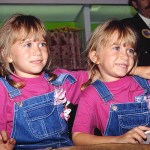 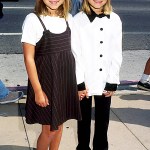 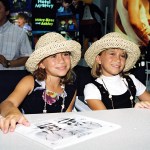 The Olsen twins are officially 34 on June 13. In honor of their big day, we’re celebrating the fashionistas by looking back at some of their most memorable style moments ever!

Mary Kate Olsen and Ashley Olsen never go out of style! The famous twins celebrate their 34th birthday today, June 13, but they’ve been slaying the fashion game ever since they were little kids who were just starting out in the industry. From their acting days to their current status as internationally-known designers, Mary Kate and Ashley have rocked quite a number of amazing looks over the years.

These days, Mary Kate and Ashley favor a lot of black in their wardrobe. When they show up on red carpets, they’re often wearing dark looks that cover up most of their bodies. In the photo above, the twins attend the 2014 Met Gala. They both wore dark looks to the fashionable event. That year’s theme was Charles James: Beyond Fashion, which was a tribute to designer Charles James’. Although the Olsen’s looks were simple, they were fashion-forward, as always.

Mary Kate and Ashley officially left acting behind them in 2012 so they could focus solely on their careers in the fashion industry. Their fashion label is called The Row, and they also have retail collections called Elizabeth & James, Olsenboye and Stylemint. The sisters have been honored at the Council Of Fashion Designers of America Awards (CFDA Awards) multiple times. Although some of their style choices are sometimes questioned by critics, there’s no doubt that they always bring fierce looks to the red carpet.

However, even as kids, Mary Kate and Ashley were style icons. When they were younger, they mostly wore matching outfits, but as they grew into themselves as individuals we began to see more of their unique senses of style. To one public event that the pair attended as children, one of the twins rocked an adorable dress, while the other wore menswear. The color scheme was the same, but the outfits were drastically different.

Click through the gallery above to check out more of Mary Kate and Ashley’s fiercest style moments of the years. From the Met Ball to award shows and film appearances, these girls always bring it when it comes to their fashion.