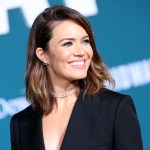 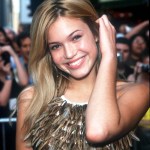 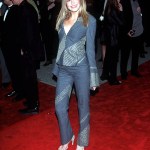 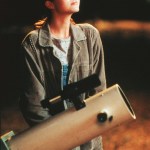 Mandy Moore has come a long way from her days as a teen pop star, and on April 10, she’s celebrating her 37th birthday!

Happy birthday to the one and only, Mandy Moore, who turns 37 on April 10! The This Is Us star has been a staple in the entertainment industry since 1999, and she’s come such a long way since then. From singing, to acting, and now, even becoming a mom, Mandy has done it all right in front of our eyes. In honor of her birthday, we’re looking back at her journey to 37.

Mandy was just a pre-teen when she started singing, and when she was 13, she started working on music of her own. Her debut single, “Candy”, was released in August 1999, and she became one of the buzzed-about pop stars of the late 90s and early 2000s, along with Britney Spears, Christina Aguilera and Jessica Simpson. As a young singer, Mandy toured with bands like the Backstreet Boys and NSYNC, and by the end of 1999, she released her debut album, followed by a second in May 2000.

After starting to shy away from her bubblegum pop image, Mandy Moore took up acting. Her breakout role was in 2001’s The Princess Diaries, and she also got to sing in the film. Some of Mandy’s other notable films include A Walk to Remember, How To Deal, Someone Like You, Because I Said So, and Tangled.

Through the years, Mandy also made a number of guest appearances on television shows like Entourage, How I Met Your Mother, Scrubs and Grey’s Anatomy. In 2016, she was cast as Rebecca Pearson in the beloved NBC drama, This Is Us, where she star alongside her on-screen husband, Milo Ventimiglia. The show is currently in its fifth season and is expected to wrap after six seasons.

Throughout her time in the industry, Mandy’s personal life has also been under a magnifying glass. She was previously in a relationship with Zach Braff, and was married to Ryan Adams from 2009 until 2015 (the divorce was finalized in June 2016). After the split, Mandy began dating her now-husband, Taylor Goldsmith. They tied the knot in Nov. 2018, and Mandy gave birth to their son, Gus, in Feb. 2021. Check out the gallery above to see Mandy’s transformation over her years in Hollywood!