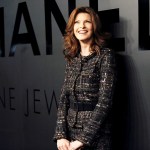 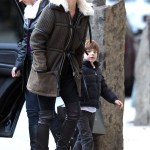 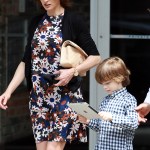 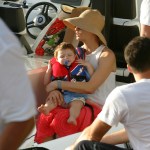 Linda Evangelista is a proud mom to her 14-year-old son, Augustin “Augie” James. The former supermodel, who recently got candid about a botched procedure that left her “deformed”, shares the teenager with her ex François-Henri Pinault, 59. She welcomed the youngster in October 2006, however didn’t reveal the identity of his father at first. It wasn’t until Linda took the business tycoon to court over unpaid requests for child support that it became public knowledge. Here’s everything to know about Augustin, affectionately known as Augie.

Who Is Augustin James?

He is the only son of Canadian supermodel Linda Evangelista. Although his mom was at one time a world-famous model, she has raised him away from the spotlight, and very little is known about the now teenager. One social media post from 2018 indicated he and his mom are Carolina Panthers fans. “Saints security scold us and don’t allow us to wave our flag over the end zone wall because it’s NOT a Saints flag …. don’t care,” she captioned a selfie of the duo in their blue team merchandise.

Meanwhile, his French businessman dad is one of the richest people in France, however he had separated from Linda about eight months before he was born. Fans would recall the former couple landed in court in 2011 after Linda requested $46,000 a month in child support from the business tycoon, whose company PPR has shares in luxury brands like Gucci, Stella McCartney and Alexander McQueen.

François-Henri Pinault would go on to marry actress Salma Hayek, who treats little Augie as one of her own. The Eternals actress, 54, shared a rare photo of the 14-year-old, during a family vacation on August 13, 2021. Salma and Augie were all smiles together while on what appeared to be a boat in the snapshot. “Here comes the weekend!! Viva el fin de semana!!! #tgif #weekendvibes,” she captioned the post.

“Omg Augie so handsome,” British Vogue CEO Edward Enniful commented, adding, “Salma and Augie !!!” with two heart emojis while also tagging Linda. Salma officially became a stepmom to Augie when she married François-Henri on Valentine’s Day 2009 in Paris. The Like A Boss actress and the French billionaire are also parents to 13-year-old daughter Valentina Paloma Pinault.